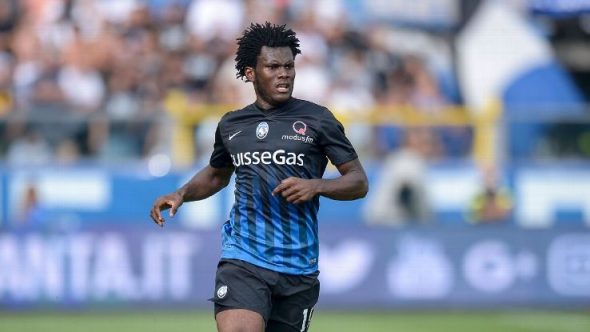 Arsenal are keeping tabs on Atlanta’s Franck Kessie, according to a report.

Football site Goal claim that the Gunners are one of many clubs to express an interest in the 19-year-old Ivory Coast midfielder.

The youngster has scored four goals in five games so far this season for Atlanta and his powerful drives from midfield have already led to people drawing comparisons between him and Yaya Toure.

The Gunners reportedly sent a scout to watch Kessie in action against Palermo on Wednesday and it is also believed that Chelsea are interested in his services.

The player’s agent confirmed the interest of the Premier League giants.

“They [Arsenal] were here in Italy to watch him”, Kessie’s representative told Goal. “Arsenal are a good team but there are a lot of teams interested in him so they’re not the only possible destination.” Kessie’s agent added.

Juventus have also expressed interest in the player, while the player was quoted earlier this year as saying he would like to play for Manchester United.

“I want to learn Italian tactics but in the future, I like the Premier League. I’d like to play for Manchester United.” Kessie told Sky Italia as quoted by Goal.com.

“I don’t know if [Jose] Mourinho will be there, but Manchester United has always been my favorite team.”

Kessie is the youngest player to score four goals in Europe’s top five divisions so far this season.

In other Arsenal transfer news, this France striker has revealed he rejected an offer from the Gunners.