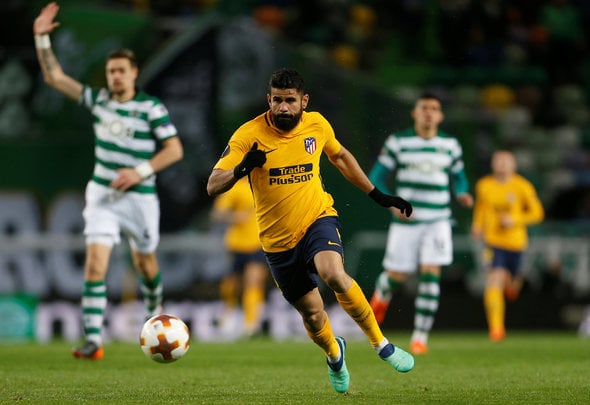 Arsenal have been handed a huge boost on the injury front after hearing that Atletico Madrid striker Diego Costa will likely be ruled out of the Europa League semi-final on Thursday.

The former Chelsea forward was always a thorn in the side of the Gunners defenders during his time in the Premier League as they consistently struggled to handle the feisty forward.

A hamstring injury has kept the Spanish international sidelined for the last two league games against Levante and Real Sociedad but he will return for the second-leg.

However, the Arsenal defence will still have to handle Antoine Griezmann.

And after hearing the news which was confirmed by Madrid manager Diego Simeone, supporters of the North Londoners could not be happier and believe that his potential absence will swing the tie in their favour.

The match on Thursday was always going to be massive for the club, not least as a potential route for next season’s Champions League.

But with the news that was announced on Friday, it will be Arsene Wenger’s last opportunity to win silverware with the club, meaning it carries even more importance now.

Here is a selection of Twitter reactions on soical media from supporters after hearing about Costa’s absence:

And Mkhi is back. Big Weng has done it again!

That’s a shame! I was looking forward to seeing Rob Holdini put Costa in his pocket again.