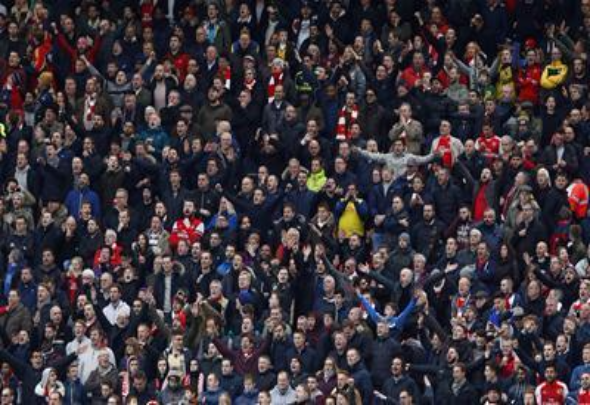 Arsenal fans took great delight on Twitter as Tottenham crashed out of the Champions League on Tuesday evening at the group stage.

Mauricio Pochettino watched his side fall to a a 2-1 defeat in Monaco with goals from Djibril Sidibe and Thomas Lemar cancelling out a Harry Kane penalty.

The defeat left the north London side placed in third and three points behind Bayer Leverkusen in second, who earned a 1-1 draw in Russia against CSKA Moscow.

Despite the three point gap, Spurs are now out due to the head-to-head ruling, as they suffered a 1-0 defeat and a 0-0 draw during their two clashes against the German outfit.

Now Arsenal fans have been keen to express their joy on social media, with many seeing it as akin to a victory for their own side.

My apologies to Spurs fans for intruding into their private grief this morning. @GMB 😂😂😂😇#championsleagueyourehavingalaugh

tottenham 😂😂😂😂Europa is that way u spuds

Spuds out of CL? I thought qualifying and getting through group stages was standard procedure? #maybenextyear

The Gunners have already secured their passage into the Champions League knockout stages and are now looking to win their group.

They are level on points with PSG and sit above them on goal difference with a trip to Basel awaiting them after Wednesday’s clash.

In other Arsenal news, Ramsey and Cazorla have been omitted from a Gunners and PSG combined XI.