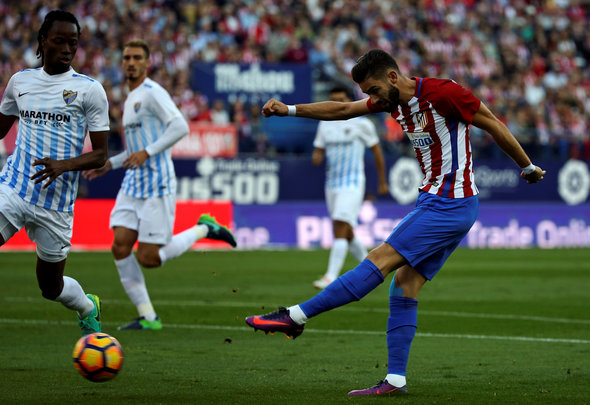 Arsenal have entered the race to sign Atletico Madrid ace Yannick Carrasco, according to a report.

The Sun claim that the Gunners are eyeing the 23-year-old attacker, but will face competition from Chelsea, Paris Saint-Germain and Bayern Munich for his signature.

It is understood that Spanish giants Atletico may be prepared to cash in on Carrasco in the summer after a falling out with manager Diego Simeone, but it would take a £40million bid to tempt that into selling.

The report details that Chelsea and PSG would easily be able to match the price tag, while Bayern would have to sell Douglas Costa before making a potential move.

Carrasco usually plays as a left winger for Atletico, but can also be deployed as a secondary striker if needed.

The wide man has made 32 appearances this season across all competitions, scoring 10 goals and supplying three assists.

He is regarded as one of the best upcoming talents in Europe and has already made 15 senior appearances for Belgium, where he has drawn comparisons with Chelsea’s Eden Hazard.

Arsenal need to sort out the future of manager Arsene Wenger before they look at improving their squad next season. The north London club do have several attacking talents and regardless of who the manager is next season, may have to sell on players before buying new ones. Carrasco is a highly-rated player and has shown great potential in La Liga with Atletico. The 23-year-old is blessed with incredible pace and trickery, something that would excite Arsenal supporters. A potential attacking outfit with Carrasco, Mesut Ozil and Alexis Sanchez would cause any side huge problems. However, Arsenal need to clear up Wenger’s situation before splashing out a huge £40million fee on a player, which he has the potential to repay if he could settle at the Emirates.

In other Arsenal transfer news, a European giant believe the club’s player may be attainable in the summer.