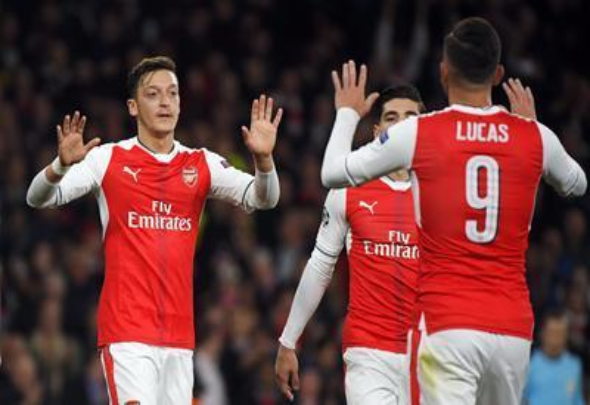 Lucas Perez has revealed that Arsenal have allowed him to return to Spain to continue his recovery from an ankle injury.

Perez, who joined the Gunners for a fee of £17million in the summer, has jetted back to his former club Deportivo La Coruna for extensive rehabilitation.

The 28-year-old Spaniard sustained a knock in Arsenal’s League Cup victory over Reading at the end of last month and is expected to be back in action again in the second half of December.

“Happy that Arsenal and Deportivo have agreed for me to return to Coruna,” Perez told his followers on Twitter on Wednesday evening.

Perez is desperate to prove to Arsenal supporters that he’s the real deal after a difficult start to life in north London.

“I have been 15 days out and they told me it would be between six and eight weeks. The ankle is reacting well,” he recently told Radio Station Cadena Cope, as cited by Metro.

“We are meeting the deadlines. Now I am just thinking in recovering as soon as possible and that Arsene Wenger will give me more minutes as he was doing before the injury.”

Perez has made six Arsenal appearances, scoring three goals and supplying three assists, although he is yet to open his Premier League account.

In other Arsenal team news, the club’s medical staff have hit a brick wall with Alexis Sanchez.