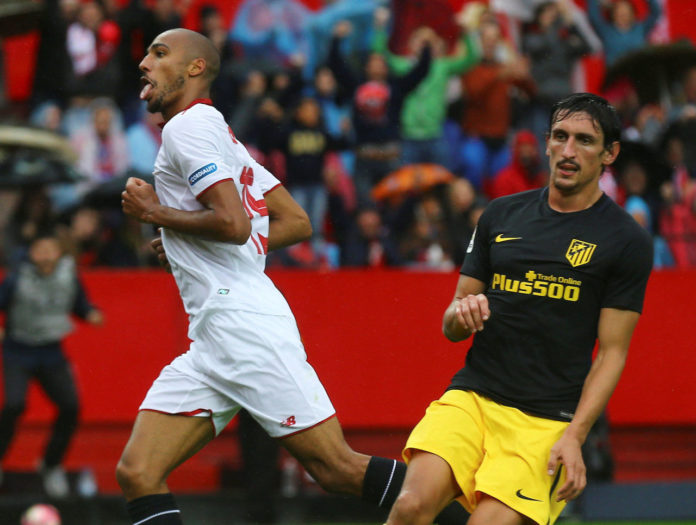 Arsenal have made enquiries about bringing Sevilla midfielder Steven N’Zonzi to the Emirates, according to a report.

The Express claim Arsenal are thinking of joining the race for N’Zonzi’s signature, but face competition for the former Stoke star from their Premier League rivals.

Everton have been linked with a move for the 28-year-old Sevilla midfielder and it was said that his £26m release clause wouldn’t be an issue.

Manchester City and Chelsea have also reportedly shown an interest so Arsenal would need to move quickly and decisively if they’re intent on landing their man.

Arsene Wenger is reportedly interested in signing the former Stoke star in an attempt to bolster his squad to aid Arsenal’s Premier League title chase.

The report suggests N’Zonzi could leave this winter despite Sevilla’s best efforts to keep him at the club and the Premier League is the most likely destination.

He joined the Spanish club in the summer of 2015 from Stoke for a fee of £7m and has made 68 appearances in all competitions, scoring seven goals.

Juventus are also believed to be interested after losing Paul Pogba to Manchester United in the summer and they too could make a bid for the midfielder.

The midfielder might have flown under the radar at Stoke but he did well at the club and landed a great move to Sevilla. He has proven that he has what it takes to compete in the Premier League but he’s not the kind of player fans will get excited about. He wouldn’t be the difference-maker Arsenal need to win the title either and Wenger might balk at the £26million fee. He’s a regular starter for the Spanish outfit and he has scored three goals in 22 appearances this season, but Arsenal have Santi Cazorla set to return, and plenty of other options in midfield. N’Zonzi might he the sort of player that Wenger likes but it would be a surprise if he ends up at the Emirates this winter.

In other Arsenal news, where does Olivier Giroud’s scorpion goal rank among club’s greatest ever?