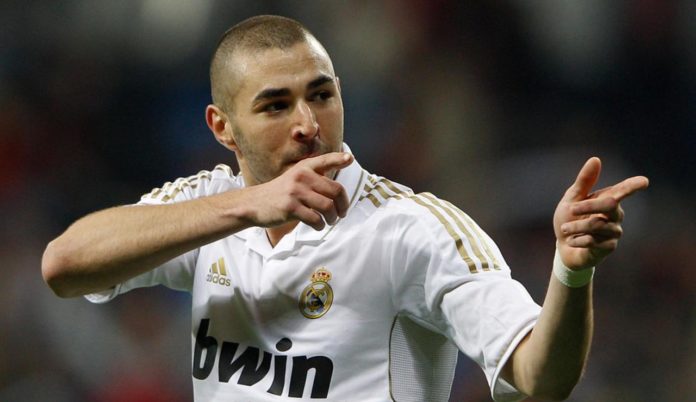 By Arsenal correspondent Tony Stevens
Arsenal have been given a boost in their Karim Benzema pursuit as Real Madrid close in on playmaker Mateo Kovacic, Football Insider sources understand.

The Spanish giants have reached an agreement with Inter Milan on the terms of a £22.7million deal after upping their offer for the Croatia international on Sunday.
Inter manager Roberto Mancini admitted after his team’s friendly clash with AEK Athens on Sunday night that Kovacic was leaving and that Inter had been forced into selling one of their prize assets to comply with Financial Fair Play rules.
Kovacic, 21, has played in a variety of roles during his two years at Inter but he is understood to have been bought by Real to be used in an attacking midfield position.
Although the Croatian is not a like-for-like alternative to centre-forward Benzema, his purchase by the 10-times Champions League winners could push Gareth Bale or Cristiano Ronaldo in from the flanks and into a central role.
Arsenal are working on a deal to entice Benzema from the Bernabeu after identifying him as the type of “exceptional” player that Arsene Wenger wants to strengthen his team in the final weeks of the transfer window.
Real are prepared to listen to offers of above £40million for the France international as long as they can secure a replacement.
It remains to be seen if Kovacic is regarded as an attacking replacement for Benzema but he will soon be joining the Real squad following the breakthrough in talks with Inter over the weekend.

“Am I disappointed about Kovacic? It’s a shame, but unfortunately there are rules that must be respected,” Mancini told Sport Mediaset Premium following his side’s draw with AEK Athens on Sunday.

“I don’t think any of us didn’t want him here, but to respect the Financial Fair Play parameters we had to do something.

“That doesn’t mean we won’t make a squad capable of challenging. We are all disappointed, from the President to the players, but faced with rules we have to make sacrifices. Kovacic and Xherdan Shaqiri left for the same reason, so now perhaps we can do other things.

“Having sacrificed two important players will allow us to take other elements in roles where we are lacking.”