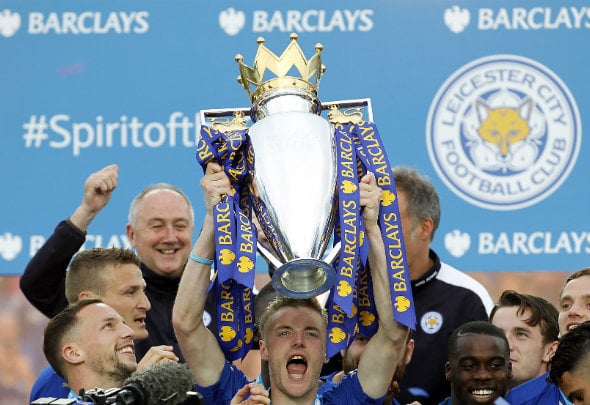 Ray Parlour has claimed that Jamie Vardy’s proposed move to Arsenal has fallen through – days after the club booked his medical.

Football Insider revealed a week ago that Arsenal had triggered a £22million release clause in Vardy’s contract and were ready to hand him a four-year deal worth £120,000-a-week.

But Vardy, who is currently in France with England for Euro 2016, has stalled on making a decision to leave the Gunners in the dark.

This has prompted new reports that Vardy is leaning towards rejecting the offer on the table from the Gunners.

Arsenal legend Parlour, who was key member of the team for over a decade, was at the club’s London Colney training headquarters only a few days ago and revealed what he had heard about the Vardy situation.

“It looks like it isn’t happening now,” Parlour told the Alan Brazil show on talkSPORT on Friday morning. “I was at the Arsenal the other day and there were big reports flying around, and the club’s cameramen and digital staff had to get down to the training ground.

“So it looked like it was going to happen – there was a medical being done. But it seems Vardy thought about it while on England duty, and suddenly there was a U-turn.”

His form earned him plaudits, an international call-up and interest from England’s heavyweight clubs.

In other Arsenal transfer news, the West Ham chairman has been critical of Arsenal’s chase for a Premier League striker.