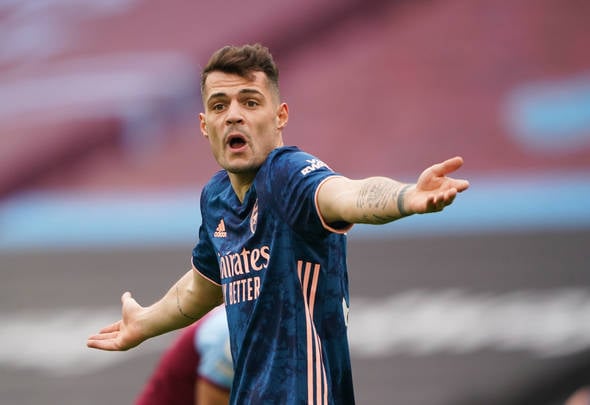 Arsenal must bin Granit Xhaka after he hit out at fans in a reveal-all interview.

That is according to ex-Arsenal striker Kevin Campbell, speaking exclusively to Football Insider after the 28-year-old vented his frustration with certain sectors of the Arsenal fanbases in discussion with Swiss newspaper Blick.

Referencing fans anger at his below-par disciplinary record, he said: “There are other players who get red cards, but they don’t get criticised as much as I do. I sometimes feel that with me it is deliberately made into a bigger issue than it really is.” 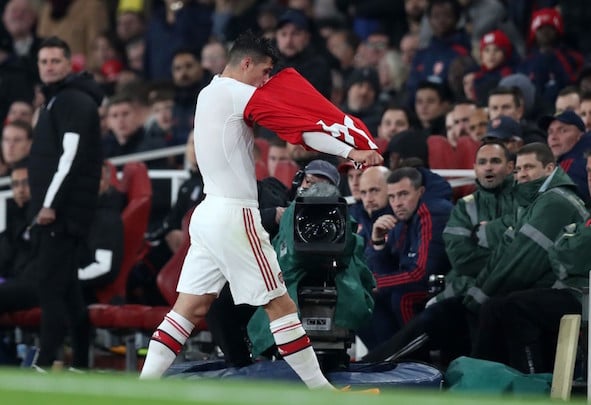 The 85-time Switzerland international was stripped of the Arsenal captaincy in 2019 following a heated exchange with fans.

Campbell, like a lot of the Arsenal fanbase, has lost patience with hot-headed Xhaka and suggests signing Brighton’s Yves Bissouma as his replacement.

He told Football Insider correspondent Dylan Childs: “For five years that Xhaka’s been here, we haven’t qualified for the Champions League. That’s not all his fault but he’s played his part.

“People aren’t convinced because he’s been there, he’s got the experience, yet in the first half of the season we were awful with him in the team.

“What he did in throwing the shirt down, that is a no-no to any fanbase. He did that, not the fanbase. That all of a sudden turns the people who might have been giving him a pass against him.

“The key to it is production. If you’re a midfielder you’re thinking, do I score, do I create? What does he do? He doesn’t do much in that sense.

“He’s tidy but he’s not gonna hurt you. He scores the odd goal once in a blue moon but you can’t rely on him.

“He’s a good continuity player. But I think he’s a squad player. That’s why I think Bissouma alongside Thomas Partey would be ideal for Arsenal.” 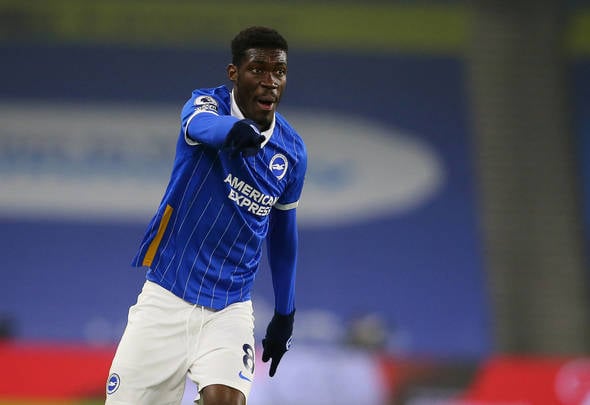 Bissouma, 24, has featured 27 times for Brighton in the league this season.

Xhaka remains a first-team regular at Arsenal and has made over 200 appearances since signing in 2016.

In other news, a top pundit has tipped Celtic to swoop for an 18-goal striker after Pierre-Emerick Aubameyang talked him up to Arsenal bosses.