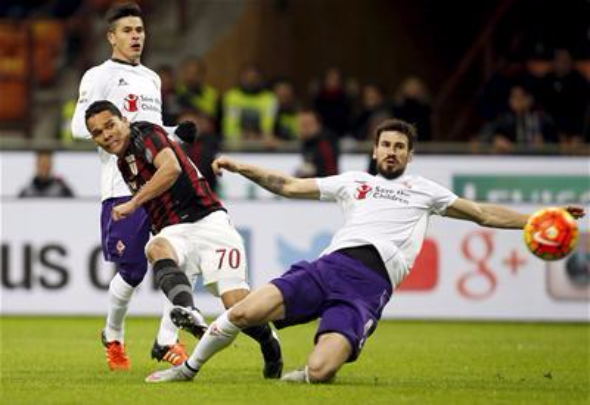 Arsenal are in talks to sign AC Milan forward Carlos Bacca, according to a report.

The Sun have claimed that the Gunners are looking to make a £20million swoop for the 30-year-old Colombian.

The report also states that the north London outfit have already opened negotiations to sign the former Sevilla striker in January.

Bacca has recently fallen out with manager Vincenzo Montella after making a trip to watch former club Sevilla instead of attending Milan’s match at Empoli.

He could now be one of several players to leave the San Siro in January, as the report states that the Italian giants need to sell before financing any incoming deals.

The experienced striker moved to Milan in 2015 for a huge £25million deal after playing a key role in Sevilla’s Europa League victory.

He is still contracted until 2019 and has six goals and two assists for the Serie A side this season.

However, he has not played since November 20 and was left out of the squad for Sunday’s fixture against Crotone.

Arsenal are in need of a striker and have played large parts of the season with Alexis Sanchez leading the line, who is usually considered a winger.

They are sat in second place in the Premier League table and they will be looking to add players in the winter window who they believe can help them to a league title.

Arsenal have been severely held back in recent years by their lack of a top quality striker and their inability to kill off matches. Bacca would bring a lot of experience to the squad, but his playing style may not be up to the demands of the Premier League. He does not have pace and his inability to bring others into the game would be a worry for the style that Arsenal play. His goal stats are good, but he is purely a poacher and he needs chances set-up for him, rather than creating them himself. He may link up well with Mesut Ozil, but the Arsenal team need a forward who can do more up top. That is why Sanchez has worked so well this campaign.

In other Arsenal transfer news, the Gunners are planning a sensational bid for this Chelsea ace.