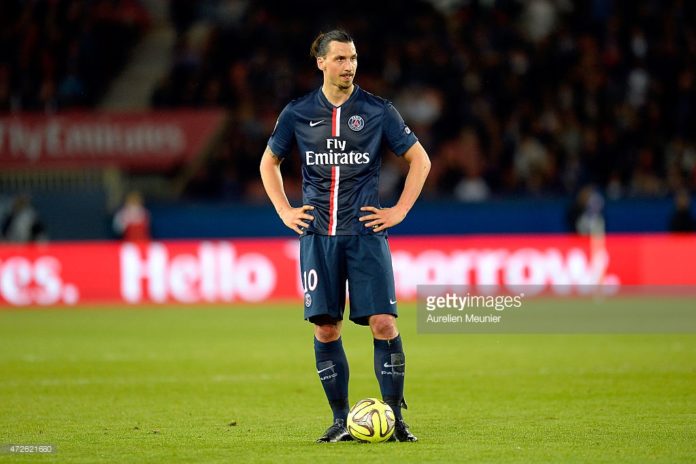 EXCLUSIVE | By Arsenal correspondent Tony Hughes
Arsenal have rejected the opportunity to sign Zlatan Ibrahimovic as the likelihood grows that he will leave Paris Saint-Germain this summer, Football Insider sources understand.

Ibrahimovic has been offered to some leading clubs by intermediaries ascertaining interest in one of the world’s most iconic players.
But the Gunners do not believe the Swedish great represents good value, given that he turns 34 in October and would want a salary that would smash the club’s wage structure.
Ibrahimovic has 12 months remaining on his PSG contract and has instructed his agent Mino Raiola to find him a new club in the summer window.
Raiola has played down the possibility that his star client could leave Paris but it is understood that the striker wants one final high profile move before winding down his career, most likely by finishing in the United States.
There is strong interest in Ibrahimovic from AC Milan, who are keen to re-sign him after he spent two successful years with the Serie A giants from 2010 to 2012.

Ibrahimovic’s plans could have repercussions for clubs interested in signing Edinson Cavani, who has been targeted by Manchester United. It is unlikely that PSG would allow their two star strikers to leave in the same summer.
Ibrahimovic scored 30 goals in all competitions last season but his form and fitness noticeably dipped in the final months of his third campaign in France.