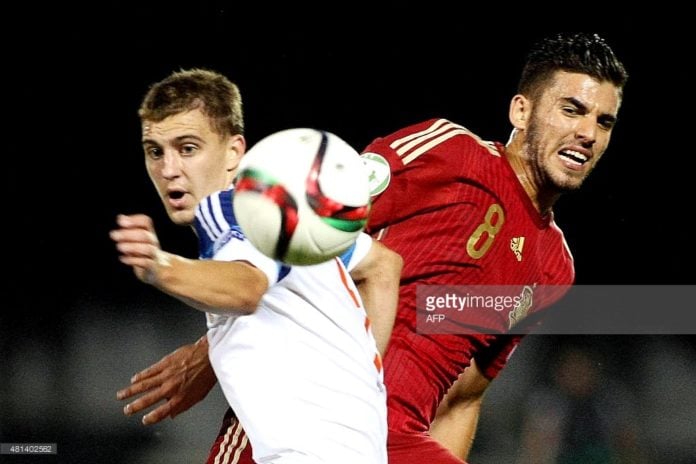 The Gunners scouted the teenage midfielder frequently last season and at the European Under-19s Championships in the summer.
The Spain Under-21 international has only a year remaining on his Betis contract although he is in discussions with the club about an extension beyond 2016.
Arsenal and Juventus are among the elite clubs closely monitoring the situation of a player rated in the £1.5million bracket.
Ceballos, who turns 19 next month, is a regular for the Real Betis B team and earned rave reviews when he made his first-team debut last season in the Copa Del Rey in a deep-lying playmaker role.
He also made five appearances for the Spain team that emerged victorious at the European Under-19s Championships earlier this month.