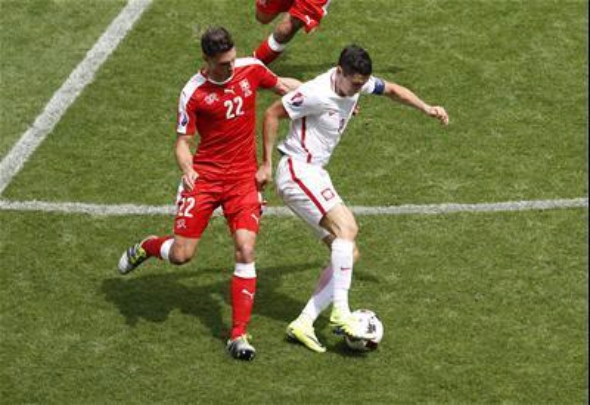 Arsenal were close to signing Fabian Schar from Basel but the club were so impressed by Mohamed Elneny they opted to bring the 24-year-old to London instead.

Elneny has revealed he and his former teammates at the Swiss outfit believed it was Schar who would be joining the Gunners and they even congratulated the player on his imminent departure.

Schar was also convinced he would be heading to London but a last minute decision from Arsenal manager Arsene Wenger meant the defender eventually had to settle for a move to Hoffenheim instead.

Elneny eventually completed a £5 million signing in January and has gone on to make 29 total appearances for Arsenal, including four Premier League starts this season.

Elneny told Egyptian TV channel DMC Sports, as reported by the Daily Star: “All of us at Basel knew that Schar was linked with Arsenal and at every season’s end.

“We congratulated him as the move was close to completion, according to Schar himself. But afterwards things changed quickly.

“My agent told me that Arsenal officials came many times to watch Schar but they were impressed every time by my performances and development and they went on to sign me instead.”

Elneny has started last three league fixtures, including their 1-1 draw against Manchester United on Saturday and has already picking up two assists throughout the campaign.

Schar has started just two games for Hoffenheim in the Bundesliga this season after joining in 2015 but he was a regular in the side during his first season with the club, making 33 appearances in total.

Schar has not been in the squad for Hoffenheim’s last three league fixtures and is clearly struggling to get regular first team action. By comparison, Elneny has prospered under Arsene Wenger and has become an important feature in Arsenal’s midfield this season, producing composed performances in the league. He was given the nod ahead of Aaron Ramsey and Granit Xhaka to start alongside Francis Coquelin in central midfield against Manchester United in Saturday’s 1-1 draw. For just £5 million, Arsenal got a great deal and it seems it was a good choice from the club’s scouts to opt for Elneny instead of Schar.

In other Arsenal transfer news, on-loan defender Calum Chambers thrived against Chelsea despite his side losing 1-0 to the league leaders.