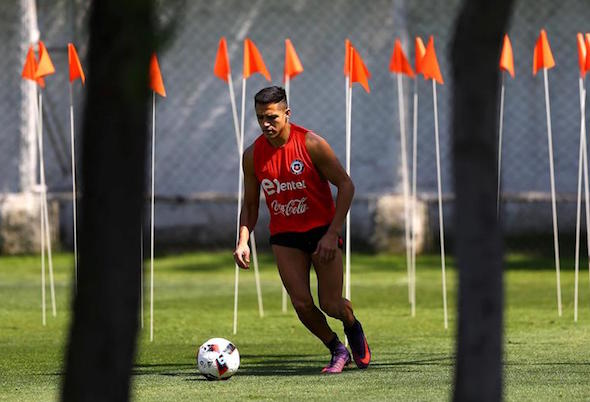 It was reported that Alexis Sanchez could spark a £50million battle between Manchester City and Juventus if he fails to sign a new deal at the club – but Arsenal fans on Twitter have laughed off the reports.

The Mirror claim the 27-year-old wants a substantial rise on his current £130,000-a-week deal and the fact that no contract has been agreed has alerted City and Juve.

But supporters of the north London club believe their star player will not leave the Emirates Stadium, especially not for their Premier League rivals.

Fans have also laughed off the £50million fee being suggested for Sanchez, especially considering centre-back John Stones was purchased for the same amount in the summer by City.

But the Gunners faithful have urged Sanchez to sign the new contract, ending the speculation about his future at the club.

Trying to assume Sanchez is worth around the same amount they paid for Stones, laughable.

I would actually cry if Alexis Sanchez left Arsenal 😭😭

The Chile international, who lifted the Copa America with his home country in the summer, has been in fantastic form for Arsene Wenger’s side this term.

He has scored eight goals and provided seven assists in 15 Premier League and Champions League games as Wenger has utilised him in a forward role.

In other Arsenal transfer news, the Gunners could make an audacious swoop for this Premier League star.