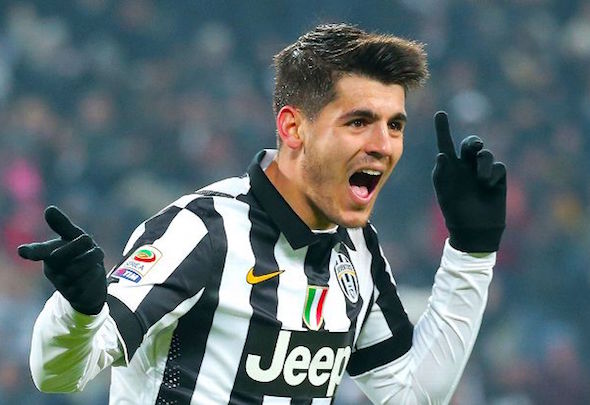 Arsenal have made an offer for Napoli striker Duvan Zapata, according to Udinese president Franco Soldati.

The 25-year-old Colombian is halfway through a two-year loan deal at Udinese after arriving from Napoli in the summer of 2015.

Soldati has claimed there are offers on the table for Zapata, which may persuade Napoli to sell the forward in the forthcoming window.

The Udinese president revealed that Napoli have the opportunity to recall Zapata from the loan this summer and could then sell him on.

“There is a clause that allows Napoli to recall him early from the two-year loan,” Soldati told Radio Kiss Kiss, as quoted by Sky Sports. “He is very happy in Udine, his agent said that too and I hope he can remain with our jersey.

“He also received many offers from abroad, including from Arsenal. However, first we want [Udinese] coach Beppe Iachini to get to know the team so they can make shared decisions.”

Zapata, a former Colombia Under-20 international, scored eight goals in 25 Serie A matches last season and his record in the Italian league since joining Napoli is 19 striker in 62 appearances.

Arsenal’s apparent interest in Zapata comes as their pursuit of Alvaro Morata has been hit by a double blow.

According to Italian publication Gazzetta dello Sport, the Gunners are behind PSG and London rivals Chelsea in the race to sign the Spanish striker, who is rated in the £40million bracket.

Morata’s former club Real Madrid have a £23-million buy-back option in his current deal at Juventus and it is said that they will activate it before immediately selling him on.

Arsene Wenger is in the market for an A-list striker this summer after learning that Danny Welbeck will miss most of next season with a knee injury and with doubts over the future of Theo Walcott.

Morata has scored 27 goals and supplied 19 assists in 93 appearances since joining Juventus two years ago.

The 23-year old has been included in the Spain squad for the European Championships in France next month and is expected to lead the team’s line in their opening game against the Czech Republic on Monday 13 June 2016.

He is currently in Austria with his Spanish teammates where they’ll take on Bosnia and South Korea. He has earned eight Spain caps and scored on one occasion in a 1-0 victory over Ukraine in March 2015.

In other Arsenal news, a key Gunners midfielder has revealed he would love to play in Spain.