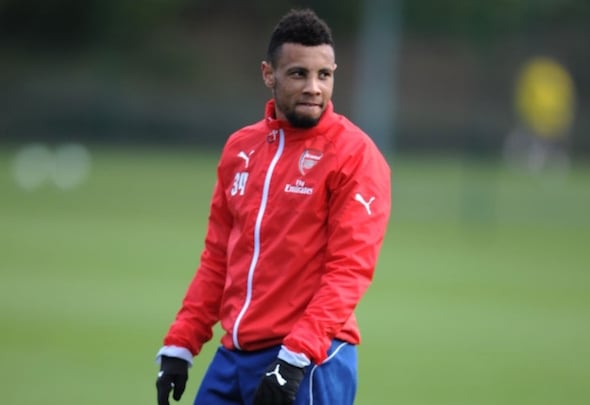 By Arsenal correspondent Tony Hughes | Premier League expert with experience of breaking big stories, including exclusives like this

Arsenal are hopeful Francis Coquelin can make his comeback in their FA Cup clash on Saturday, Football Insider sources understand.

The Premier League giants are preparing to welcome the France international back into the first-team fold against Burnley in the fourth-round clash at Emirates Stadium.

Coquelin returned to full training a week ago as he stepped up his recovery from knee ligament damage suffered in mid-November.

An Arsenal source has told Football Insider that the midfield enforcer should be in the reckoning for the Burnley match.

He was pictured in full training on Wednesday and is likely to be named on the substitute’s bench against the high-flying Championship club.

Coquelin is a month ahead of schedule in his recovery from a knee injury that has sidelined him since he broke down in the defeat at West Brom on 21 November.

In other Arsenal team news, Olivier Giroud has shaken off an ankle problem that affected him in last Sunday’s 1-0 Premier League defeat to Chelsea.