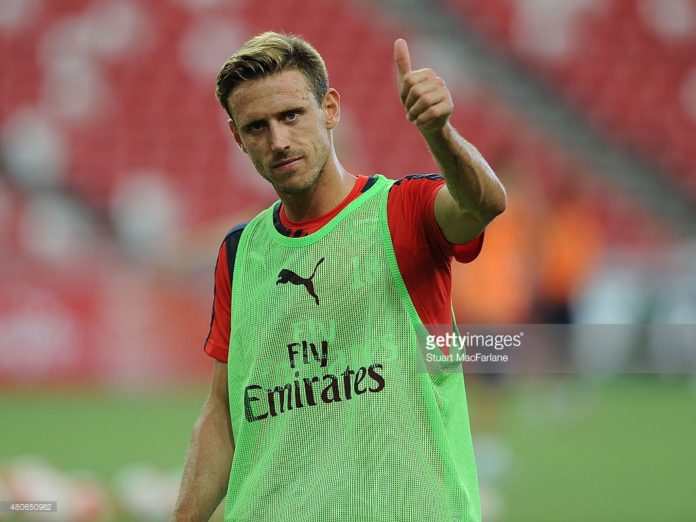 The Gunners are willing to hand the Spain international an extension to his current deal, which has two years remaining.
Monrealm 29, is being eyed by Bilbao, with the La Liga club ready to pay around £7million to prise him from Emirates Stadium.
But Arsene Wenger does not want to lose Monreal and has sanctioned a new contract for the £8million signing from Malaga. His current £60,000-a-week agreement, which began in January 2013, runs until 2017.
Monreal has begun the new campaign as Arsenal’s first-choice left-back after displacing Kieran Gibbs in the second half of last season and was a key figure in the team’s renaissance which ended with an FA Cup triumph and a third-placed Premier League finish.