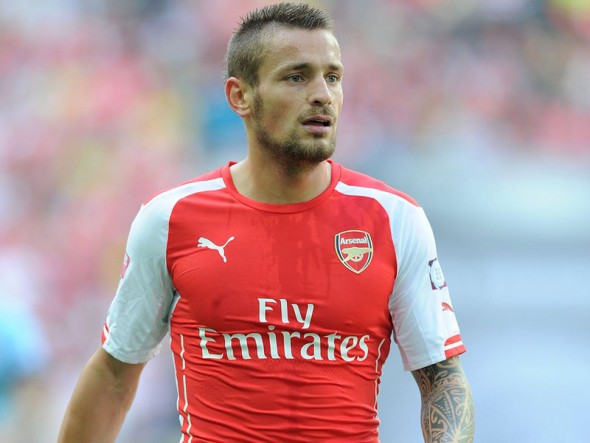 Mathieu Debuchy is set to choose Aston Villa in the final 48 hours of the January transfer window after an ultimatum from Arsene Wenger, Football Insider sources understand.

Debuchy has been weighing up his options after holding talks with Villa and Sunderland, while there is also interest in the right-back from Bayer Leverkusen and Roma.

Wenger urged Debuchy on Friday to make a decision about his future after confirming that the Londoners will let Debuchy go out on loan for the rest of the season.

An Arsenal source has told Football Insider that Debuchy has indicated that he will link up with countryman Remi Garde at Villa Park.

Arsenal agreed the terms of a loan deal earlier this month with Villa, who will pay a £1.2million fee to land the Frenchman until the end of the season as well as fund his wages.

This comes after Carl Jenkinson’s second season-long loan at West Ham abruptly ended on Tuesday when it was revealed that he has torn his cruciate ligament and will not play again in 2015/16.

Nevertheless, Debuchy has been given the green light to leave on loan, with Calum Chambers and Mathieu Flamini to provide back-up to Bellerin.

Football Insider revealed at the end of December that Villa had opened preliminary talks with the Gunners about signing Debuchy until the end of the season.

Debuchy is concerned about Villa’s position at the foot of the Premier League table but recognises he needs regular first-team action to guarantee himself a place in Didier Deschamps’ Euro 2016 squad.

In other Arsenal transfer news, the Gunners have completed a move for Nigerian sensation Kelechi Nwakali, who is set to be joined at the club by Samuel Chukwueze.