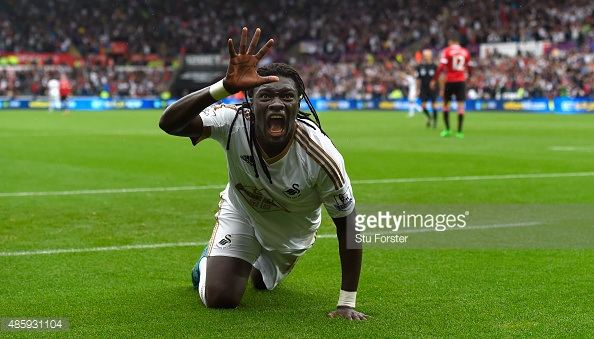 EXCLUSIVE | By Editor
Arsenal will dispatch scouts to keep watch Swansea duo Jonjo Shelvey and Bafetimbi Gomis this weekend, Football Insider sources understand.
The Gunners are set to assess the in-form pair in Saturday’s Premier League clash against Everton at the Liberty Stadium.
Football Insider revealed earlier this month that Arsenal scouts have been asked to watch Shelvey perform against all types of opposition this season as they build a dossier on the midfielder.
The Gunners scouted Shelvey during Swansea’s 2-1 win over Manchester United before the international break and are planning to continue closely watching him.
Arsenal will also keep an eye on Gomis, who has scored four goals in five Premier League matches this season and has led the Swansea front line in impressive fashion since the club sold Wilfried Bony to Manchester City last January.