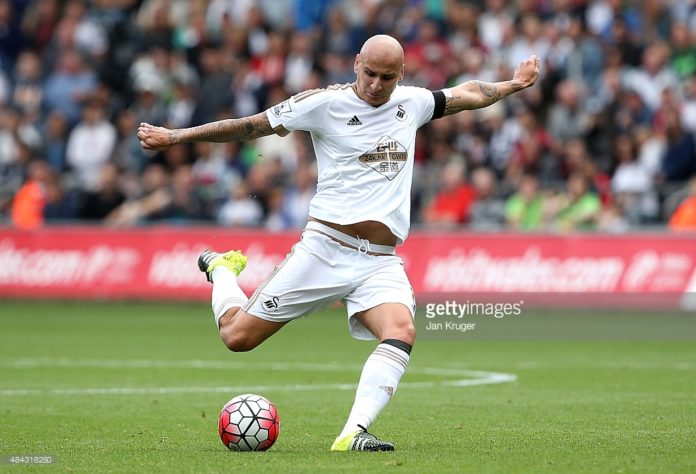 The Gunners scouted the midfielder during Swansea’s 2-1 win over Manchester United eight days ago and are planning to continue closely watching him.
Arsenal were impressed with the way Shelvey performed in the closing months of last season, including when Garry Monk’s team won 1-0 at Emirates Stadium in May.
The 23-year-old has begun the new campaign in fine form, and impressed on his return to the England team last Saturday, when they defeated San Marino 6-0.
It was his first England appearance in three years and demonstrated the strides that Shelvey has made since he was publicly criticised by Monk last December for being “lazy” and ill-disciplined.
The player subsequently hired a personal trainer and his own in-house chef in a bid to improve his fitness and lifestyle.

The former Charlton and Liverpool midfielder, who joined Swansea from Anfield in 2013 for a cut-price £4million, is once again attracting attention from the major Premier League clubs.
Arsenal scouts have been asked to watch Shelvey perform against all types of opposition this season as they build a dossier on the midfielder, who is winning plaudits for his passing range and ability to dictate the tempo of top-level matches.
Football Insider reveals the latest Arsenal transfer news after manager Arsene Wenger was widely criticised for his club’s summer transfer activity, with the Gunners the only team in Europe’s five major leagues not to sign a single outfield player.