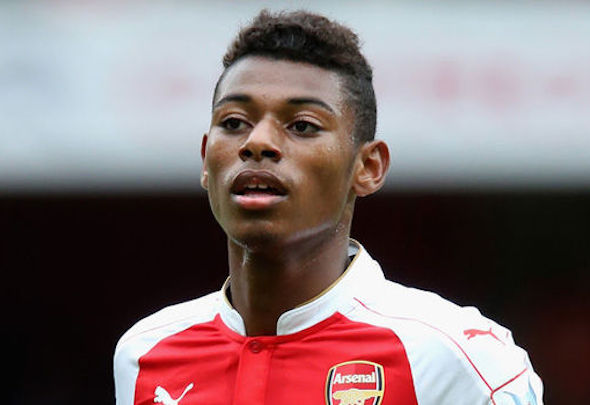 Jeff Reine-Adelaide has the potential to develop into a top-class player, according to Mikel Arteta.

The Arsenal captain played alongside the wide forward for Arsenal Under-21s in midweek, with Reine-Adelaide scoring twice in a convincing individual display.

Arteta was impressed with the performance of the France Under-18 international, who joined the Gunners from Lens last summer.

Significantly, the veteran midfielder believes Reine-Adelaide has the attitude to match his talent.

“I think he really wants it,” Arteta told the Arsenal programme ahead of Saturday’s FA Cup clash against Sunderland at Emirates Stadium. “He is hungry and if you give him time, he could have a really positive career as he has something about him.

“He’s still at a young age but he is learning a lot and he really listens to people. He’s doing really well and when he trains with us, you can tell that he’s quite comfortable.”

Arteta is convinced that the teenager, who turns 18 next week, has all the attributes to be a major player.

“His change of direction is crucial because he can eliminate people from getting close to him so quickly. In addition to that, he understands the game.

“I believe he has all the attributes to become a really good player. Jeff seems to handle situations well too. He played in the Emirates Cup where he was brave and took people on.”

Arteta will return to the Arsenal squad in Saturday’s FA Cup third round clash after a lengthy absence with a calf injury.