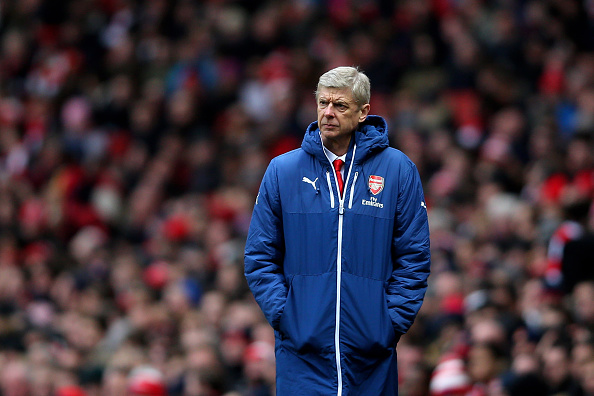 By Arsenal correspondent Tony Hughes
Arsene Wenger has insisted he is right to rotate his players and does not blame his team selection for Arsenal’s defeat at home to Olympiakos.
The Gunners lost 3-2 to their Greek visitors on Tuesday night to leave them without a win from their first two Champions League group games and are on the brink of failing to reach the knockout stage of the competition for the first time in 15 years.
Wenger dropped first-choice goalkeeper Petr Cech for a match he had described beforehand as ‘must-win’, while Premier League regulars Aaron Ramsey and Nacho Monreal were also demoted to the bench.
“We play many games,” explained Wenger afterwards. “That is why we rotated. The other teams do it as well. If you look at the benches of the other teams in the Champions League, they rotate their players.
“You cannot play every three days without rotating your players. It is a fact and you have to accept that.”
Wenger refused to blame defeat on the selection of David Ospina, who made a huge blunder for Olympiakos’ second goal as he spilt a corner behind the goal-line.


“No goalkeeper is mistake-free,” said the manager. “It could have happened to Petr Cech as well. That is part of it.
“You are capable to judge what I do and I leave you to that. [Cech] had a slight [fitness] alert before the game at Leicester. I didn’t want to take a gamble, but it is not because of that we lost the game. It is a farce [to suggest that].
“I make the decisions and the selections for the team and I am responsible for them. And I know many things that you don’t know or that you can ignore. We cannot select a team by making a poll before the game and getting everybody’s opinion.”