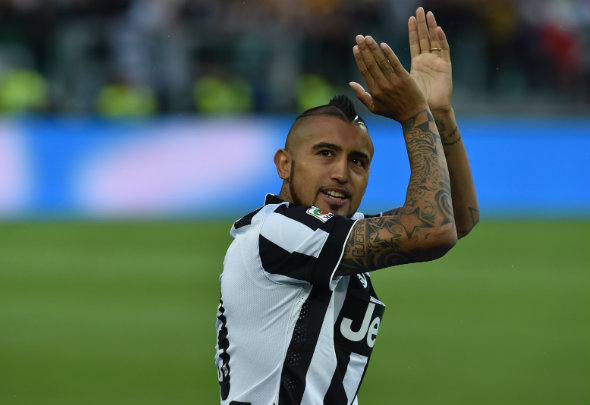 But, as reported at the time by Football Insider, there was strong interest in Vidal from United.

“Yes, there was a chance to come to England,” Vidal told the Times “It was last summer, and at one point, we thought that is what would happen.

“I liked the opportunity that they had offered me, but eventually it did not happen and I chose to come to Bayern. There are always many teams around that go to my agent.”

Vidal, who spent four years with Bayer Leverkusen before making the move to Italy in 2011, opted to return to the German league.

He has now become a key part of a Bayern team that has once again dominated the Bundesliga, making 32 appearances in all competitions.

The 2015 Copa America winner had interest from a number of other clubs after a season in which Juventus came within a Champions League defeat to all-conquering Barcelona of winning three trophies.

“I wanted to come to a team this strong and to a project that is so ambitious. I feel very happy. It helped that I knew what the country was like and what the people were like.

“We are better, me and my wife and my children. Life is good, very calm. We are starting to feel more comfortable.”