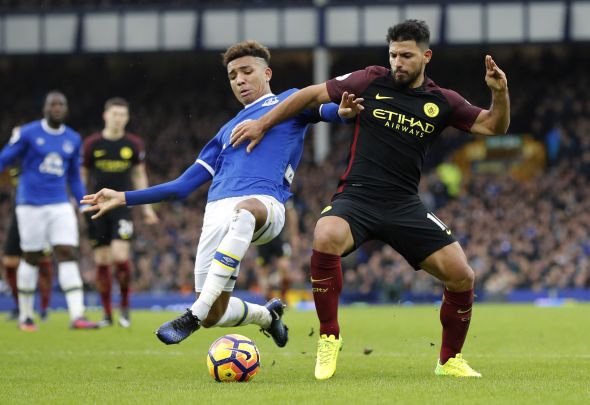 Ashley Williams has backed Everton youngster Mason Holgate to have a big future for England.

The 20-year-old has become an important member of the Toffees squad this season and made 12 senior appearances so far.

He can play as either a centre-back or right-back, something that manager Ronald Koeman has exploited.

The Merseyside club have a number of exciting young talents in their squad, including the likes of Holgate, Tom Davies, Ademola Lookman and Dominic Calvert-Lewin.

Wales captain Williams has tipped team-mate Holgate to have a huge role for England in the future and has identified a special talent in the youngster.

“I think Mason has got unbelievable talent and I think he will play for England for the next however many years. I think he is the real deal,” Williams told Sport360.

Holgate moved to Goodison Park in 2015 from Barnsley and only made his promotion into the first-team this season.

The versatile defender is confident in possession and has managed to suit the philosophy of Koeman.

He is currently an England Under-21 international and Williams doesn’t think it will be too long until he becomes a mainstay in the national side’s senior squad.

The defender will hope to continue being a regular first-team player and help the Toffees obtain a seventh-placed finish in the Premier League.

Holgate has drawn comparisons with Manchester City centre-back John Stones, who left Everton for £47.5million in the summer.

In other Everton news, Paul Merson has given his prediction for the clash against Sunderland.