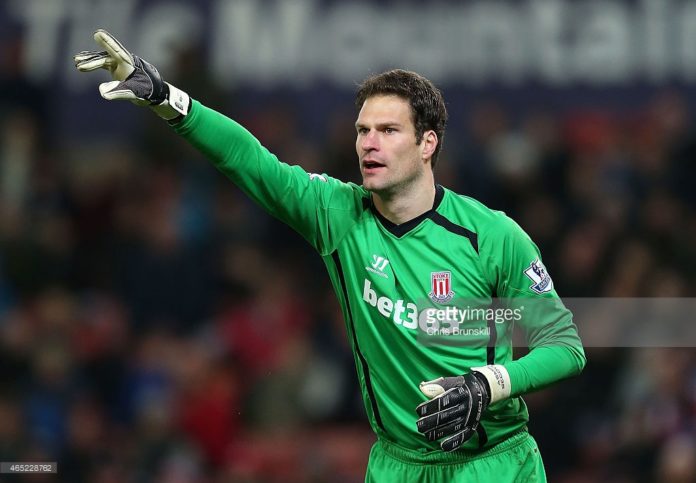 The west Londoners have reached an agreement with the Stoke City goalkeeper on a four-year contract worth £70,000-a-week.
Chelsea are now in talks with Stoke over a fee for Begovic, who has been identified by Jose Mourinho as the man he wants to replace Cech in his squad next season.
Football Insider has learned that the Premier League champions have offered £6million for the 28-year-old but the Potters are holding out for £10million.
Nevertheless, Chelsea are increasingly confident that the Bosnia international will join them next season.
Jose Mourinho has identified Begovic as the goalkeeper he wants to understudy Thibaut Courtois after Cech was announced as an Arsenal player on Monday following his £11million transfer from Stamford Bridge.

Mourinho has made it clear to the Chelsea hierarchy that he wants a proven shot-stopper as back-up to Courtois in case the young Belgian is not available.
Stoke manager Mark Hughes has a ready-made replacement for Begovic in young Englishman Jack Butland.