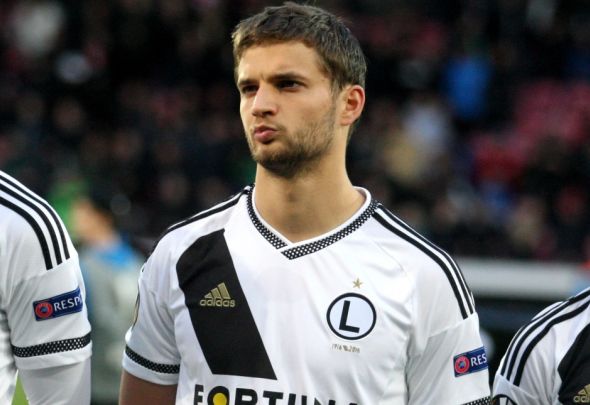 Aston Villa should make a January move to sign Legia Warsaw right-back Bartosz Bereszynski after his sparkling form in the Champions League.

A three-time Poland international, Bereszynski has shone with a number of solid performances at the back against the likes of Real Madrid’s Cristiano Ronaldo and Borussia Dortmund’s Marco Reus.

Legia’s number 19 has starred in his side’s European campaign, that saw them earn a point against Real Madrid before beating Sporting Lisbon to earn Europa League football after Christmas.

His experience against the world’s best would make him a shrewd piece of business by manager Steve Bruce, as the promotion expert looks to add top-flight quality to his side in anticipation of an instant return to the Premier League.

The former Lech Poznan right-back has played a crucial part in Legia’s defensive rigidity this season, keeping 12 clean sheets in his 20 league and cup games.

But Bereszynski can also be used as an attacking outlet on the right, as he has provided three assists this season from the right flank.

With Alan Hutton beginning to lose his pace as he grows deeper in to his thirties at 32, the signing of a Bereszynski could prove an important piece of business by manager Steve Bruce.

His impeccable crossing ability could finally get the best out of the likes of Rudy Gestede and Jonathan Kodjia as they look to profit from balls delivered into the box.

In other Aston Villa transfer news, the signing of this Rangers star could offer Villa another dimension in attack.