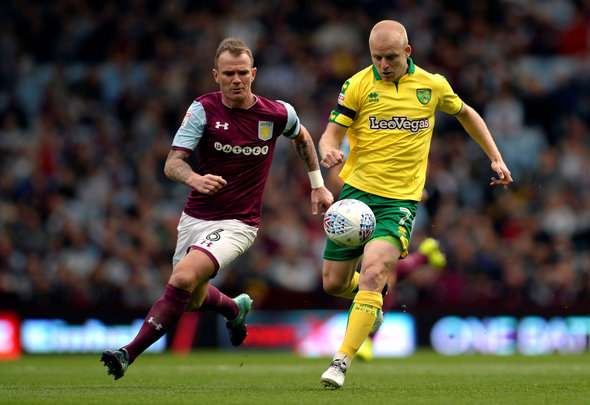 Aston Villa have torn Glenn Whelan to shreds for his performance against Barnsley on at Villa Park on Saturday.

Although Steve Bruce managed to guide his team back to winning ways with a 3-0 thumping of the Tykes, Whelan, 33, was singled out by the fans as being one of the worst players on the pitch after another supposed lacklustre display in the centre of the park.

Villa enjoyed a successful trip to Yorkshire on Saturday to get their season back on track thanks to a first-half brace from Albert Adomah before Keinan Davis found the net after the break to hand the West Midlands side a comfortable three points.

However clearly not all players were on form in the eyes of the fans, with senior star Whelan failing to impress the majority of onlookers.

Whelan 6 not convinced with this guy. Passing is poor and is slightly off the pace #AVFC

Think I'd rather have Westwood back than have Whelan in there. Not seen him have one good game yet. 😏 Moany mertle moi. #AVFC

Whelan was one of few signings in the summer that Aston Villa actually paid money for in his switch from Stoke, while most other new arrivals came as free transfers or on loan.

He has become a clear favourite of Bruce in the middle of the park having made seven appearances in the Championship this term, returning to the starting line-up after being demoted to the bench for the midweek draw with Middlesbrough.

In other Aston Villa news, Simon Jordan has sent a message to the fans after Birmingham sacked Harry Redknapp.