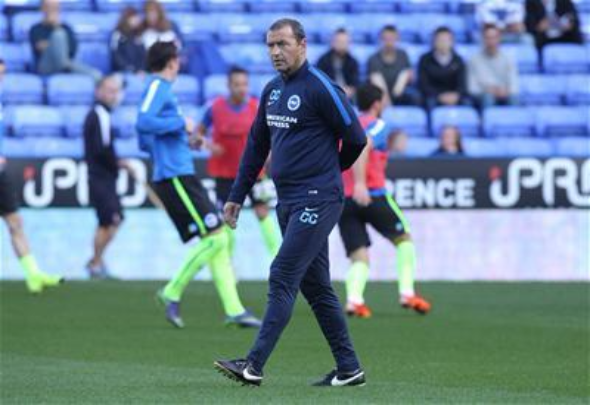 Aston Villa announced the appointment of Colin Calderwood as the club’s new assistant manager – and fans on Twitter were happy with the signing.

The 51-year-old had recently resigned as Chris Hughton’s number two at Brighton with the Villa job on the horizon.

The former defender spent one year with the Midlands outfit during his playing career between 1999 and 2000 and the club confirmed his return on Monday morning to link up with manager Steve Bruce.

He brings plenty of Championship experience with him and, after retiring in 2001, he has managed Nottingham Forest, while also acting as the assistant to Newcastle, Birmingham, Norwich and Brighton.

Now fans are happy on social media, with many believing him to be a good acquisition by the club.

Colin Calderwood's a good appointment as #avfc assistant. Good player for Spurs and us at the end of his career. #bhafc's loss, our gain.

Strongest backroom we've had in a very long time, bodes well for the future

Colin Calderwood's like a fiver you get in a birthday card. But Happy Birthday to the club #avfc

Bruce took over the reigns from Italian Roberto Di Matteo in October and the club have remained unbeaten under his guidance after a poor start.

The most recent 1-1 draw against Brighton on Friday evening took the club’s record to three wins and three draws in six matches under the experienced boss.

They will host Cardiff at Villa Park next on Saturday, who are struggling under Neil Warnock and sit two points above the relegation zone.

In other Aston Villa news, here are three reasons why Villa should aim higher than the play-offs.