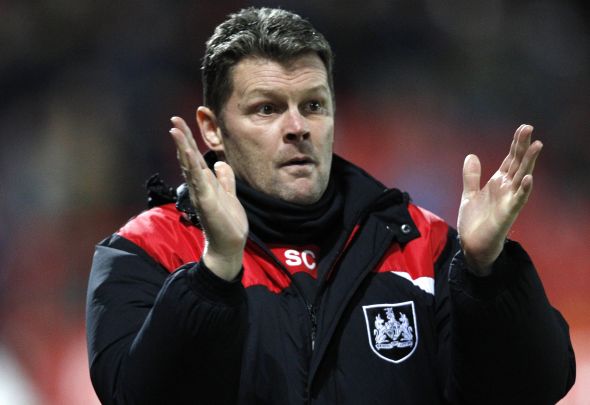 Fans have reacted in astonishment on Twitter after Steve Cotterill emerged as a surprise candidate to take the Aston Villa job.

Roberto Di Matteo was axed by Villa on Monday after a dismal run that saw the Midlands giants win just once in 12 league and cup encounters.

According to the Birmingham Mail, former Bristol City boss Cotterill is set to be handed an interview by Xia after he was impressed with the manager’s CV.

The 52-year-old has enjoyed spells with the likes of Burnley, Portsmouth and Nottingham Forest but a move to Villa Park is likely to be his biggest job yet.

Fans have reacted to the potential appointment of Cotterill on Twitter, with many questioning if he is the right man to take the job.

@Dr_TonyXia I speak for many Villa fans when I say…. WE DONT WANT STEVE COTTERILL as manager! #avfc #justsaying

@Dr_TonyXia Not Cotterill Tony. The fans maybe split on the rest but we are unified against him. He'll take us down. #avfc #utv #villa

@Dr_TonyXia Steve Cotterill?? This has to be a joke, looking forwards Tony not backwards..Steve Bruce is the man!! #AVFC

I must be the only person comfortable with Steve Cotterill being interviewed for the Villa job. A big name manager is not essential #avfc

Steve Cotterill to be interviewed, deary me. I can't lie how he's getting an interview for club like Villa I don't know … #AVFC

Steve Cotterill?! Christ this is depressing. We must be able to do better than that?! #avfc

#cotterill to #avfc is surely a joke, what is going on at vp???it was suppose to get better😡😡😡😡@Dr_TonyXia sort it out

I especially like Steve Cotterill's award of Football League Two Manager of the Month: April 2010. #AVFC

Despite not being as high calibre as the other managers on the list, Cotterill brings with him a wealth of Championship experience.

In other Aston Villa news, this Premier League stalwart could also be in line to take over at Villa Park.