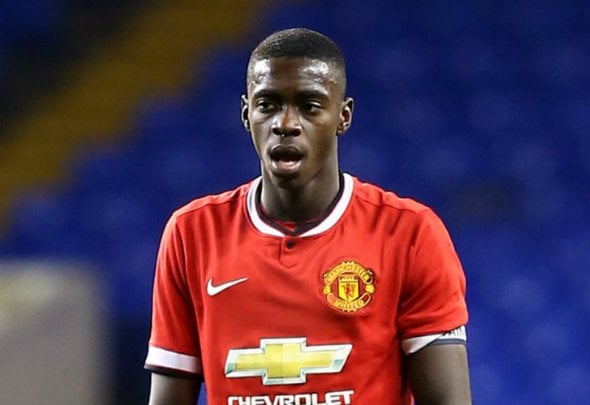 Aston Villa have today announced the loan signing of Manchester United defender Axel Tuanzebe and the fans are pleased with their new acquisition.
The Villans made the news known to supporters on their official Twitter account and website and it led to one supporter speculating that the new arrival could help their promotion chances, stating, ‘We’ll go up this year easy.’

✍️ We are delighted to announce the signing of Axel Tuanzebe on loan from @ManUtd…#PartOfThePride #AVFC pic.twitter.com/xbEvMjOYMU

Another fan added that the arrival of Tuanzebe would help the club to ‘Achieve the goal we all crave’ – referring to the team’s promotion hopes.
And Villa’s first signing of the transfer window has created a lot of commotion on social media, where supporters of the club have taken to to show their feelings regarding Steve Bruce’s new arrival.
Here is a selection of the Tweets:

More backing for your Manager, Superb Tony. This lad lives up to the billing no doubting he can play his part in helping us achieve the goal we all crave. #avfc #UTV

Well done, quality rather than quantity for the final push utv

Excellent business doc!!!! Is this our only signing this window? @Dr_TonyXia if so I’m wrapped with what we got

England’s U21 international will stay at Villa Park until the end of the season when the player’s loan deal comes to an end and in Tuanzebe, the Villans have a defender who can be used in multiple positions, as he can be played anywhere across the back line.
It is possible that the highly-rated Manchester United youngster could now feature in the Claret and Blue’s next Championship fixture which is away at Sheffield United on Tuesday as the side make a bid to go for second spot in the league and cement their ambitions for promotion to the Premier League.
In other Aston Villa transfer news, update on possible transfer of key player to Leeds United.