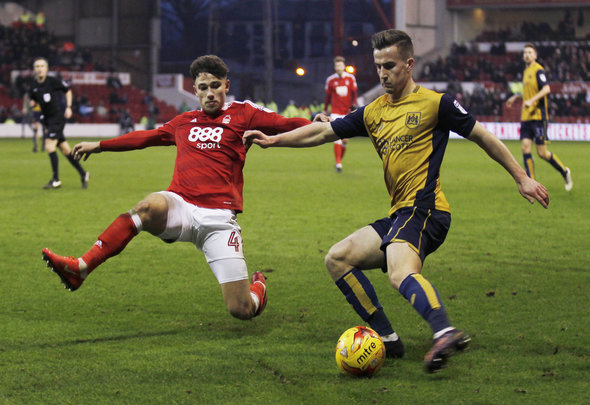 Aston Villa don’t have a whole lot of strength in depth, especially in the left-back slot, and with reported interest in Joe Bryan at Bristol City, Steve Bruce must move quickly to snap up one of the Championship’s top prospects.

According to The Sun journalist Alan Nixon, the Birmingham outfit have been watching the 24-year-old and a move to Villa Park could be more likely if they can gain promotion to the Premier League.

Back in January, the Mirror stated that the defender was the subject of interest from Everton and Newcastle and was rated at £7m.

Villa’s transfer activity has been heavily regulated under Financial Fair Play rules which means the Claret and Blues will have to weigh up whether he is affordable.

As it stands, Neil Taylor is their only real option in the left-back slot but if injury were to hit the Welsh international, Steve Bruce would be down to the bare bones.

With Bryan’s contract due to end in 2019, it means he is a viable option as the Robins will be looking to move him on in order to make any money out of the player.

The defender has been impressive this season and key to Lee Johnson’s side’s push for the play-off places.

If Villa can steal a march on their Premier League rivals by landing the highly-regarded full-back, they will be getting their hands on one top prospect.