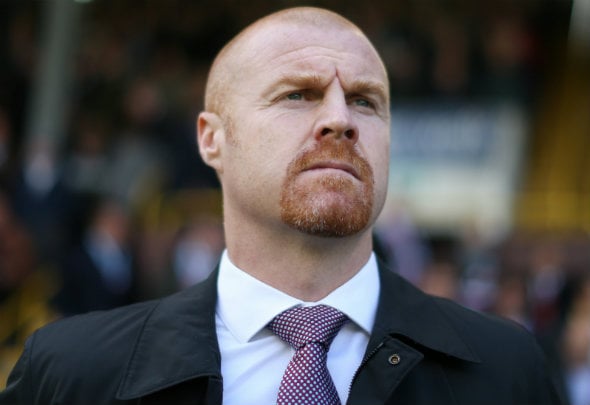 Sean Dyche has dismissed reports that he would be interested in taking over the reigns at Aston Villa.

The Burnley manager’s name has been mentioned in the long list of potential candidates to replace the sacked Remi Garde, but Dyche has now moved to shoot down those suggestions.

Burnley were a top-flight club under Dyche just last season and the 44-year-old is attempting to get his side back into the Premier League at the first time of asking, but he was not impressed with reports linking him to the vacant Villa post.

“It’s one of them situations. I’ve had a few over the last year or so,” said Dyche speaking to the Lancashire Telegraph when asked if the rumours were true.

“I don’t take it lightly, it’s a paper story. We know how that can work.

“We’re making a good first of what we can achieve here, that’s my focus, it’s the team’s focus, we want to get Burnley in the Premier League.

“There’s a lot of things said, a lot of angles, a lot of connections over nothing. My focus is here.” Villa sacked Garde on Tuesday just four months into a three-and-a-half-year contract and the club rock bottom of the Premier League.

The club is thought to be preparing for life in the Championship next season with Villa a massive 12 points off safety with seven games left to play.

In other Villa news, an unlikely name has been linked to the managerial position at the Midlands club.