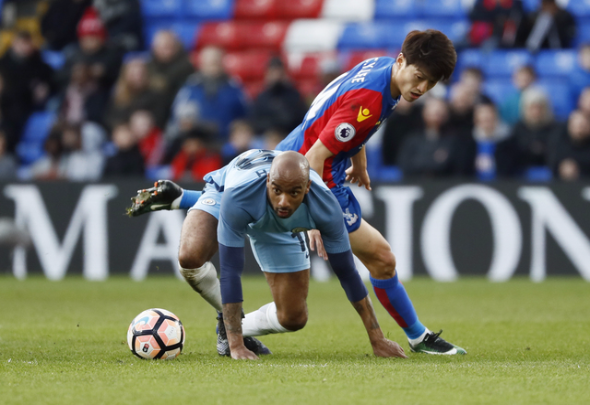 Aston Villa are in a five-horse race to land Crystal Palace winger Lee Chung-Yong, according to a reliable journalist.

The right-winger has played in 19 fixtures for Sam Allardyces team in all competitions this campaign.

However, Sky Sports reporter Kaveh Solhekol claimed on his personal Twitter account that the South Korean can leave before Tuesday’s transfer deadline with Villa one of his suitors.

Aston Villa have been named alongside fellow second tier sides Fulham and Brighton, while it is said that Premier League Burnely and Swansea are also possibilities.

Lee can provide versatility to any potential buyers due to his ability to play on the right, left and in the centre.

He is also very experienced in Championship football with 109 appearances to his name, bringing a return of 10 goals and 18 assists.

There is no mention of what fee Palace would be looking for, but with just 18 months left on his contract it is thought that it would be relatively little.

Villa are currently playing with Albert Adomah on the right-wing, but there is little else behind him if he is not available for whatever reason.

Steve Bruce is in his first transfer window in charge of the Midlands giants and the club are reportedly busy as he looks to improve their current 13th placing.

Lee would be a very smart signing for Villa due to his experience of the English tier. The Midlands giants have taken up a transfer method where they look to sign proven players of the Championship and the attacker certainly fits that bill. Additionally, the club are short on wing options with Adomah, Jack Grealish, Gabby Agbonlahor and Jordan Ayew the only players in the squad considered able to cover the wide areas, while the Ghanaian is reportedly involved in a swap deal with Swansea. Lee has a vast quality, which has seen him play numerous times for Palace this season as well as attract Premier League interest and Villa should do all that they can to claim his signature.

In other Aston Villa transfer news, this Villa striker pursuit has taken another twist after £9milion bid.