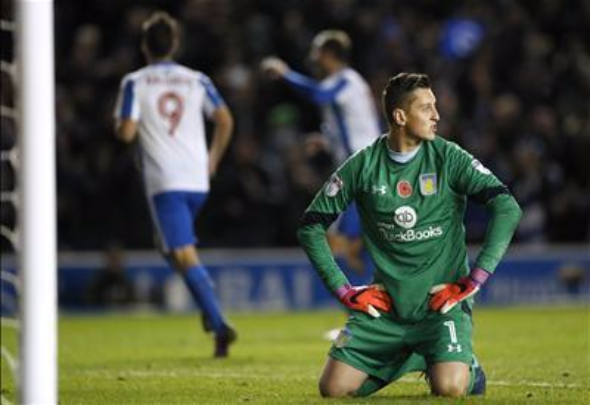 Aston Villa goalkeeper Pierluigi Gollini could be in a line for a January move to Atalanta, according to a report.

Sky Italy journalist Gianluca Di Marzio has revealed on his website that Villa have opened talks with the Serie A club about a loan-to-buy deal for the goalkeeper.

It is said that the two clubs are in discussions about a deal in which Gollini would move to Atalanta on loan until the end of the season, with the option for him to then sign permanently.

The former Manchester United trainee was the Midlands giants’ No1 for much of the opening half of the campaign before losing his place to deputy Mark Bunn.

Manager Steve Bruce then pushed Gollini, 21, even further down the pecking order when he signed United goalkeeper Sam Johnstone last week on a loan deal for the rest of the season.

Former manager Di Matteo apparently pushed strongly for the signing of countryman Gollini last summer. With Di Matteo gone, so has the young goalkeeper’s chances of being the long-term custodian at Villa Park. In truth, Gollini has not really looked up to it this season. He has made a series of high profile errors and has struggled to command his box, or communicate effectively with the defenders in front of him. Bruce has already signed a replacement in Johnstone and it appears Gollini’s days are numbered in the Midlands.

In other Aston Villa transfer news, the club have lodged a quick bid for a Premier League ace and have offered one of their strikers in exchange.