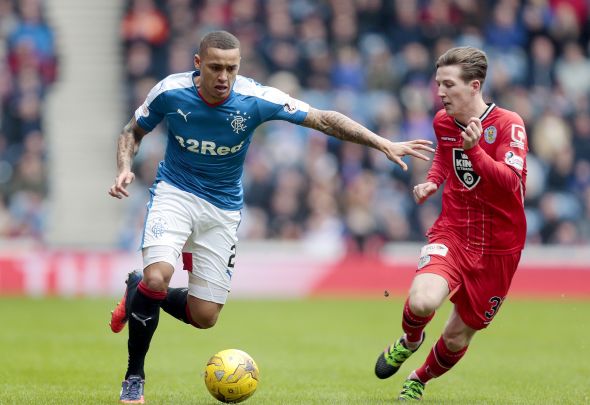 Aston Villa are in a hotly-contested race to sign St Mirren youngster Kyle McAllister, according to a report.

The Daily Mail claim that Villa had scouted McAllister in the summer and join Premier League clubs Leicester and Sunderland in a battle to sign the 17-year-old attacker.

The Scotland Under-17 international is predominantly used as a winger but can also play in the number 10 role, as well as being able to ply his trade in a deeper role in central midfield.

McAllister has broken into the St. Mirren first-team this season after a number of eye-catching performances for the Buddies.

His sparkling reputation grew even further towards the end of last month, as he scored a hugely impressive solo goal during the 5-1 Scottish FA Cup triumph over Spartans.

At such a tender age, McAllister has already made 12 senior appearances for St. Mirren after making his debut last season aged just three weeks after his 17th birthday.

Villa boss Steve Bruce is expected to enter the market for a winger, with Albert Adomah acting as the only recognised wide man in the Villa squad.

Renowned as one of the hottest young properties in Scottish football at the moment, Villa should look to bring in the youngster if the price is right. However, with a promotion charge very much on the cards as we enter the midway stage in the Championship season, Villa could be better advised to go after more experienced targets in order to give themselves every chance of gaining an instant return to the Premier League. There is no doubt, though, that McAllister’s future is very much a bright one and if he does move south to Villa Park, first-team appearances will not be far away.

In other Aston Villa transfer news, this Premier League winner is also a potential January target for Bruce.