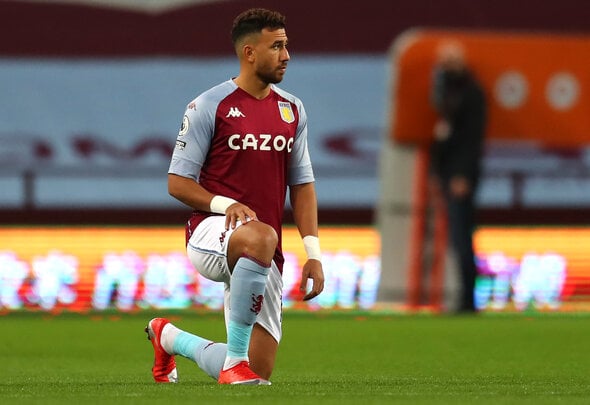 Noel Whelan has tipped Aston Villa to sign a new star winger this summer after Trezeguet was ruled out for a year.

The former Leeds striker, speaking exclusively to Football Insider, admitted the 26-year-old would be a “huge miss” for the Villans.

A Villa source has told Football Insider the Egypt international has torn his anterior cruciate ligament (ACL) and will be out for as long as a year.

Wishing you a full and speedy recovery, @Trezeguet. 💪

Villa confirmed the 2019 signing was set to undergo knee surgery but did not give a timescale on his return.

The versatile winger played 21 times and scored two goals this season before being sidelined.

He has a total of 55 appearances, eight goals and three assists in the Premier League so far.

Whelan insisted Trezeguet was a player with “incredible ability”, even if he lacked consistency.

As such, he suggested Villa may dip into the transfer market to sign a replacement.

Whelan told Football Insider assistant editor Russell Edge: “That’ll be a huge loss for Aston Villa in terms of squad numbers and players to choose from that can come on and make a difference or start the game.

“He was looking to try and build on this season. Yes, he’s been hit and miss but we can see the player that he is. Great pace, he can score goals, he’s a big, strong, powerful player, good in the air as well.

“He’s got an incredible amount of ability. It’s a sad, sad situation that he finds himself with a year out. 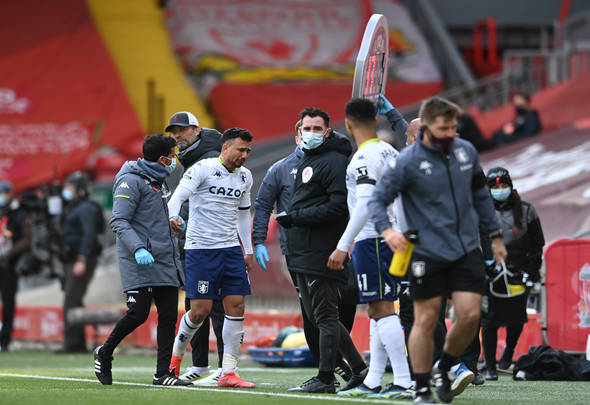 “Also for the football club not having a player of that quality at their disposal to choose from.

“It looks like, if they’ve not got anything in the under-23s coming through, that might be something that they’re looking to replace for next season, going into the transfer market now.”

In other news, Aston Villa are battling rivals to re-sign Premier League star.