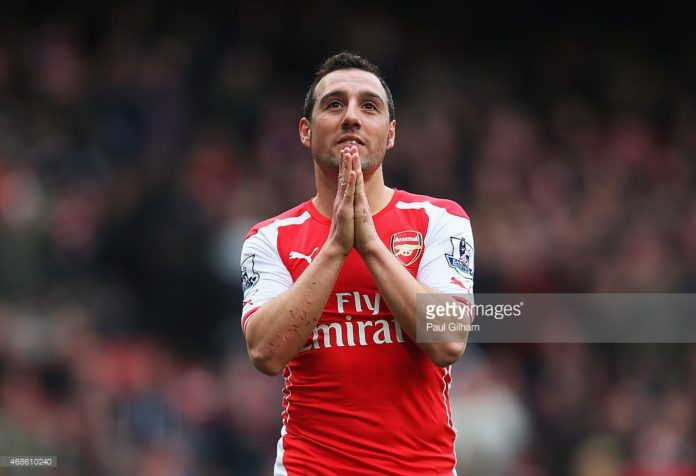 Diego Simeone’s team want a proven playmaker to replace Turan and have identified Cazorla as a possible replacement.
But Atletico will need to pay upwards of £15million to bring the Spaniard back to his homeland after he played some of the best football of his career for Arsenal in a central midfield role in the second half of last season.
Football Insider revealed last month that Cazorla could be a shock departure from Emirates Stadium this summer if an interested club offers between £15million and £20million.
The 30-year-old has two years remaining on the contract he signed 12 months ago and has attracted interest from Atletico in recent summers.
The 2014 La Liga champions are set to sell Turan to Barcelona for around £25million once personal terms are finalised.
In turn, the Gunners want to reshape their midfield, with Arsene Wenger planning to recruit a proven anchorman to protect the defence although any signing is unlikely to now be until the latter stages of the transfer window.
Cazorla has emerged as one of those who could leave despite being one of Arsenal’s outstanding players in their renaissance in the second half of last season.
The Spain international thrived in a new deep-lying central midfield role alongside Francis Coquelin and was a key figure as Wenger’s side sealed a third-placed Premier League finish and clinched their second consecutive FA Cup triumph.

The Spanish maestro is also a big fans’ favourite, with his name usually one of the first sung by the supporters at away matches.
He has been a virtual ever-present for Arsenal since joining from Malaga in the summer of 2012, making 147 appearances for the London club and scoring 27 goals.