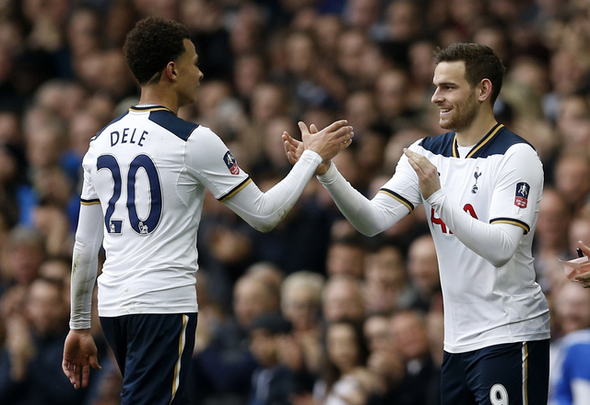 Mauricio Pochettino has suggested that he wants striker Vincent Janssen back at Tottenham next season.

The Dutchman, who scored just six goals for Spurs in his debut campaign after his £18million move from AZ last summer, joined Fenerbahce on a season’s loan earlier this month.

Janssen scored his first goal for the Turkish side in their 4-1 win over Alanyaspor on Sunday.

Pochettino was delighted that the Holland international, 23, had got off the mark for his temporary employers as he seemingly opened the door to him resuming his Spurs career in 2018-19.

When asked about the 23-year-old’s goal, Pochettino said, as quoted by the Evening Standard: “I think it’s important for him [to score] because always all the players struggle in their first season in England.

“When you come from Netherlands it’s a different level of competition and in the end he wanted to leave and he decided to go to Turkey, and we wish him all the best and we are happy if he scored last night. It was really good for him, to try to build again his confidence.

“It was his decision, with the club’s decision, to send him on loan but we hope he starts to build his confidence and trust and scores goals.”

Pochettino’s eagerness for Janssen to enhance his reputation suggests that he has one eye on him returning to White Hart Lane to become a genuine Premier League force.

He found himself behind Harry Kane and wide man Son Heung-Min in the pecking order for centre-forward role last season, and slipped further behind when Fernando Llorente joined on deadline day for £12million.

In other Tottenham team news, a speed machine is to agree a deal after a £25million bid from Spurs.