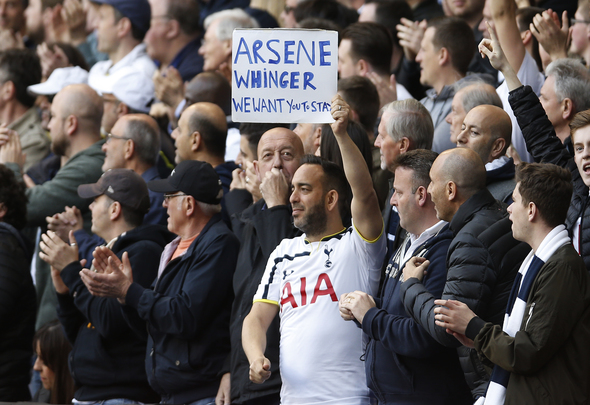 To say that the tides have turned in north London would be a massive understatement – although Tottenham and Arsenal fans are hardly going to see eye to eye any time soon.

The Lilywhites, as much as it may hurt, have to accept that they were in the Gunners’ shadow for a long time, with manager Arsene Wenger having tasted numerous victories against his side’s fierce rivals.

A first victory in nine years for Spurs came back in 2008, a resounding 5-1 League Cup win which sent them into the final on the way to glory, could be considered the turning point, although there were still only a handful of wins coming over the next couple of seasons.

However, Tottenham now stand loud and proud over their counterparts, becoming top four regulars while the Gunners drifted off to become Europa League hopefuls – a fall from grace which no doubt led to Arsene Wenger’s shocking reveal he would be leaving Arsenal at the end of the 2017/18 campaign.

To celebrate the turnaround in fortunes in north London, Football Insider has picked out the five best Tottenham games against Wenger’s Arsenal, giving the French boss, as well as fans, a trip down memory lane.