Alex McLeish insists that losing both Lucas Digne and Richarlison to suspension will be a major blow for Everton.

The Frenchman was given his marching orders by referee Kevin Friend with just under 20 minutes left to play in the Toffees’ 2-0 defeat at St Mary’s.

Everton were missing Richarlison for Sunday’s clash as he started a three-game ban for his red card against Liverpool.

McLeish admits that losing both star men will be a tough blow for Carlo Ancelotti after the Toffees’ bright start to the new Premier League season.

“Richarlison’s been sensational since coming to England and Digne has found his feet as well. It looked an awful tackle, I don’t know what he’s complaining about, maybe he felt the guy’s legs got in his way but it did look bad in slow motion.

“The cameras, when they slow it down, make it look it 100 times worse. To lose those players, it’s part of the management occupation and you’re trying not to put your key players under too much mental pressure as well as physical pressure.

“Everton will be disappointed to lose these guys at what was a crucial time at the start of the season.” 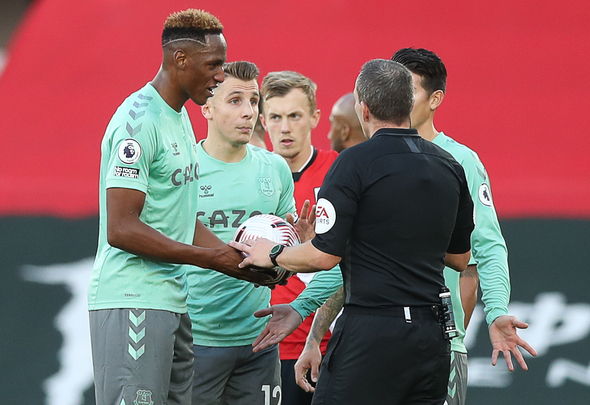 Digne had started all nine of Everton’s games this season and had not missed a minute in the Premier League before his red card.

Ancelotti is set to be without both Digne and Richarlison against Newcastle United and Manchester United, while the French defender will also sit out the visit to Fulham.

In other news, Kevin Phillips worried about fragile Everton player ‘half the city hate’.