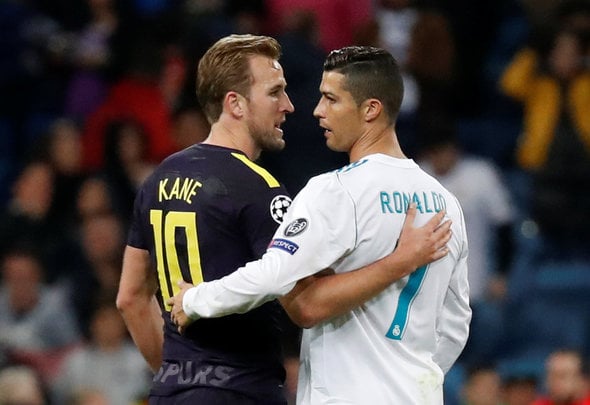 Harry Kane has privately told Tottenham that he wants to leave the club at some point in the future, according to Guillem Balague.

The Sky Sports pundit made the explosive revelation in a question-and-answer session on the Sky Sports website about Spanish football on Friday.

Asked if Real Madrid had tabled bids for Kane and Chelsea star Eden Hazard, Balague denied that was case but revealed that the Spurs talisman intends to leave his boyhood club eventually.

“Real Madrid have not made a bid for Kane or Hazard, but they are keen on both,” the journalist and broadcaster explained. “The problem with Kane is that as long as Cristiano Ronaldo is there, I don’t think he will want to go to Madrid.

“But anyway, Kane and Pochettino and Spurs have got a plan in the medium term. Kane has said he would like to go somewhere at some point and he would fit Real Madrid, but now is not the right time, I feel.”

Balague’s verdict is an explosive and well-sourced one because he is close to Pochettino after writing the manager’s behind-the-scenes book about Tottenham at the end of last year. Many Spurs fans are convinced that boyhood fan and academy product Kane will be a one-club man in the same way that the likes of Ryan Giggs, Paul Scholes and Jamie Carragher were at Liverpool and Manchester United. He has never spoken of his ambition to leave Tottenham, and Balague’s claim appears to suggest the possibility of him eventually leaving has been discussed extensively behind the scenes. Therefore, Spurs fans should enjoy the goal king while he can. He is unlikely to be around for as long as they will have hoped.

In other Tottenham transfer news, stunning new Danny Rose comments shed fresh light on why Toby Alderweireld was snubbed by Mauricio Pochettino even though he was fit in February.