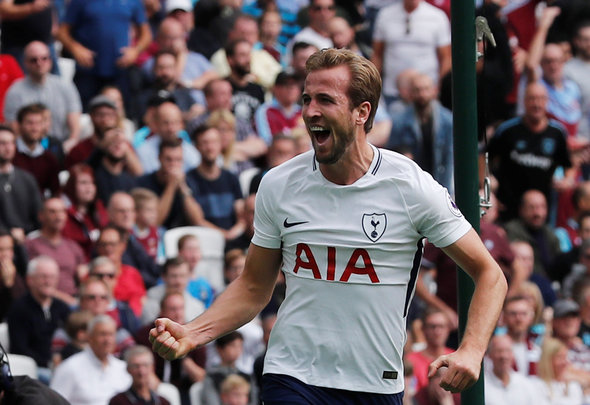 Barcelona are poised to make a sensational move for Tottenham striker Harry Kane, according to a report.

Spanish outlet Don Balon reports that former Barcelona forward Pedro, who currently plies his trade with Premier League champions Chelsea, has recommended the club to snap up the 24-year-old.

It is reported that Barcelona striker Luis Suarez could potentially leave the Catalan club at the end of the campaign after struggling to hit the heights this season.

The Uruguayan suffered an injury in the Spanish Super Cup against Real Madrid in August and he has only managed to score two goals.

The report refers to Kane as the “best striker in the world” and claims that the La Liga giants are huge admirers of the Spurs talisman.

The England international has been in sensational form in recent weeks, notching up a total of 11 goals in all competitions.

Kane scored a late-winner to secure England’s qualification to next year’s World Cup in Russia in their 1-0 victory over Slovenia in midweek.

The striker’s current contract with the North London club runs out in 2022.

Spurs supporters will be fuming that Chelsea’s Pedro has urged his former club Barcelona to keep an eye on their main man Kane. On current form, Kane is arguably one of the best centre-forwards in the business and Tottenham manager Mauricio Pochettino must do everything within their power to keep him at the club for the foreseeable future. Following the dreadful summer for Barcelona in terms of transfers, it would be highly unlikely that they would be willing to offload Luis Suarez despite his recent dip in form. It will clearly be tempting for Kane to want to play alongside some of the best players in world football but as we’ve seen throughout the summer, clubs will no longer be bullied into selling their best assets to Barcelona.

In other Tottenham news, an ESPN pundit doesn’t believe Spurs will give into the contract demands of this midfielder.