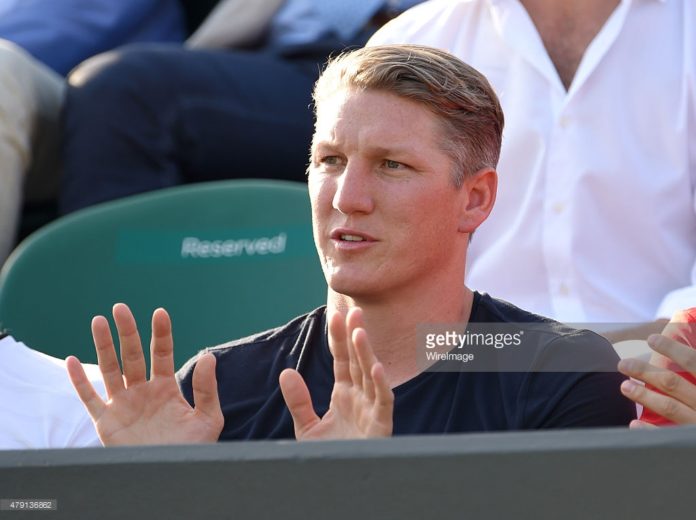 The Germany World Cup winner has accepted United’s offer of a three-year contract and has informed Bayern Munich of his intention to move to the Premier League.
United are now working on negotiating a transfer fee with the Bundesliga club as they close in on what would be one of the headline signings of the summer.
Bayern want £15million for the midfielder but United value him at around £10million given that he turns 31 next month and has only a year remaining on his deal with the German champions.
Van Gaal wants to reunite with the midfielder he managed during his Bayern reign as he continues with his overhaul of the United squad.
United have offered Schweinsteiger, who turns 31 next month, a lucrative package in a bid to team him up in midfield with Morgan Schneiderlin, who is closing on a move from Southampton.

The German midfielder wants to end his long association with Bayern. Club chairman Karl-Heinz Rummenigge said earlier this week that Schweinsteiger is “flattered by the interest from England”.

The player has one year left on his deal with the German champions and has fallen down the midfield pecking order at the club during Pep Guardiola’s reign.
Rummenigge said: “I spoke to him on the phone while on holiday and we’re going to meet again when he’s back.
“I’m not going to hide that I discerned from these talks that he is flattered by the interest from England.”
Schweinsteiger played under United boss Van Gaal while the Dutchman was in charge at Bayern Munich.
The Germany international has an outstanding CV, including the 2014 World Cup, one Champions League, eight Bundesliga titles and seven domestic cup triumphs to his name, all while at Bayern.

Guardiola is understood to be keen for Schweinsteiger to make a quick decision on his future.
Schweinsteiger has been in London during Wimbledon to support girlfriend Ana Ivanovic, the seventh seed who lost in the second round of the women’s singles.