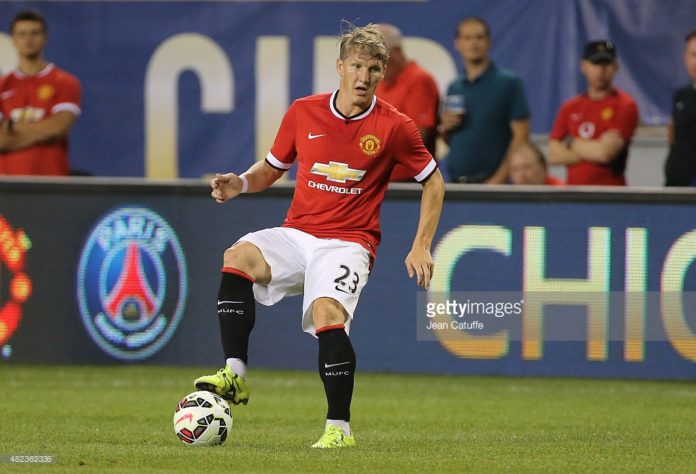 TSV 1860 Rosenheim, a German non-league club, released a statement on their website to end speculation over how much they received from a sell-on clause from Bundesliga champions Bayern, who sold Schweinsteiger to the Premier League outfit.

“The transfer fee adds up to €9m,” the statement read. “We have been credited for two years (that Schweinsteiger spent at the club).

“We already received the first instalment in August. We are delighted about Bastian’s incredible career and also that we profit from it financially as his first club.”

Schweinsteiger played for the youth team of Rosenheim, who are in the regional fifth tier Bayernliga Sud, until 1998, before joining Munich aged 13.

The 31-year-old’s switch to United in the summer was widely reported to have been at a cost of £15m but the new figures show it was less than half of that.

Schweinsteiger had a year remaining on his Bayern contract when he moved to Old Trafford, with his former manager Pep Guardiola hinting that the player’s recent injury problems contributed to the decision to sell him.

Schweinstieger’s Manchester United career has begun slowly but the midfielder, who won the Champions League with Bayern in 2013, has started United’s last three matches.