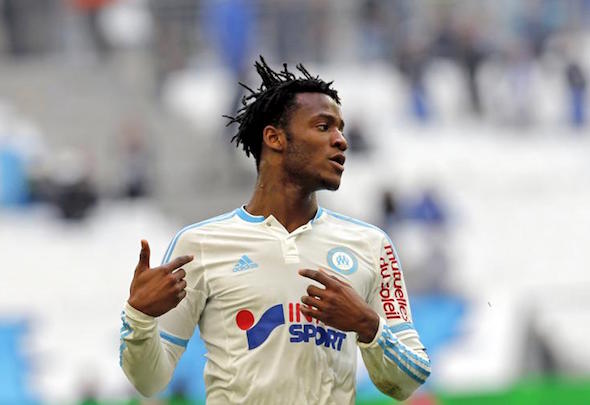 The attacking midfielder, 21, completed his move to White Hart Lane from Ligue 1 side Marseille on Wednesday.

Batshuayi, 22, also left Marseille this summer to move to the Premier League and the pair were teammates at the French giants for a year.

Batshuayi added two amusing hashtags in which he claimed he had the edge over the Tottenham man, saying “N’Koudou good, Michy better”.

Belgium international Batshuayi was also a target for Tottenham before he moved to Chelsea and Spurs signed Dutch striker Vincent Janssen.

He played alongside N’Koudou in the last campaign as the French giants finished in a disappointing 13th place in the league.

N’Koudou moved to White Hart Lane on deadline-day after a long drawn out transfer saga which saw Clinton N’Jie head the other way on a season-long loan deal.

Spurs have signed four senior players as they prepare for an extended fixture list in the Champions League.

The north London side will face Monaco, Bayer Leverkusen and CSKA Moscow in Europe’s elite competition.

In other Tottenham news, Stan Collymore has questioned why Spurs have signed winger Georges-Kevin N’Koudou.