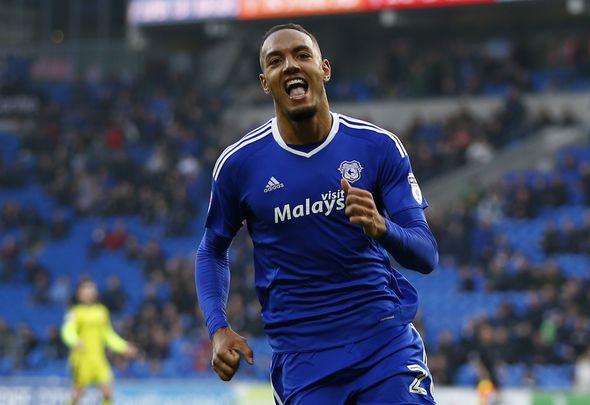 Everton’s have made their most important transfer move of the summer by trying to land Cardiff City striker Kenneth Zohore, according to a reliable journalist.

BBC Sport correspondent Phil McNulty reported on his personal Twitter account on Tuesday afternoon that the Merseysiders have had an approach for the 6ft 3ins Dane rejected by the Championship outfit.

McNulty explained how “this is the key move of the summer” for Everton as they attempt to sign a prolific goalscorer by Thursday night’s deadline.

Everton’s inquiry for Cardiff’s Kenneth Zohore got nowhere – pressure mounting to bring in the high-class striker they knew they would need.

Zohore would have represented an addition to the squad. Everton have done very good business – but this is the key move of the summer.

Everton have made a series of big-money signings, including the likes of Wayne Rooney, Gylfi Sigurdsson, Michael Keane and Jordan Pickford.

But the sale of Romelu Lukaku to Manchester United for up to £90million has left a huge gap in the frontline.

Former Denmark Under-21 international Zohore made the switch to Cardiff in January 2016 on an initial loan deal before then signing permanently for an undisclosed fee the following summer from K.V. Kortrijk.

In his first full campaign in England last season he bagged 12 goals in 29 league outings following a slow start before a run after January saw him bag 11 of the 12 strikes.

He has already got up and running in the new campaign with one strike from his first five matches, which came against Burton on the opening day.

It is clear that Ronald Koeman is looking for an alternate striker option to both Wayne Rooney and Sandro Ramirez and that player could be youngster Zohore. The player is still getting to grips with the English leagues, but if last season’s end of form as well as comments from the outspoken Neil Warnock are to go by then he could be a real talent. It is fair to say that his goal to game ratio isn’t brilliant, but working with a natural finisher like Rooney at the Toffees could be perfect for Zohore’s development.

In other Everton transfer news, this Toffees attacker was omitted from the squad against Chelsea amid reported interest from elsewhere.