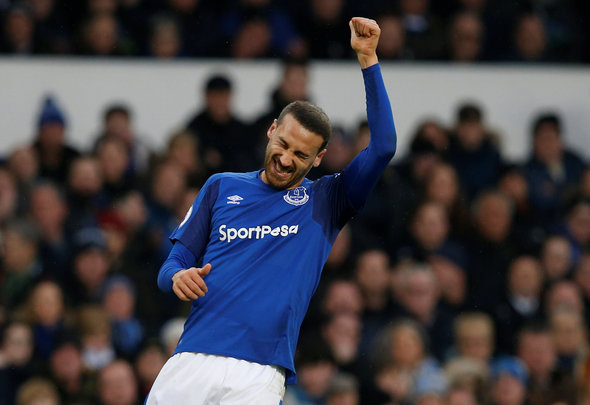 Sam Allardyce is likely to be dumped by Everton if Cenk Tosun does not score 20 goals next season, according to Garth Crooks.

The BBC pundit and former Tottenham striker named Tosun in his team of the week on the BBC Sport website but insisted the January signing must consistently deliver the goods, or both he and his manager face the Goodison Park axe.

Tosun has a slow start to his Everton career after joining for around £22million in the winter window but has scored four goals in his last three matches, including twice in Saturday’s 2-1 win at Stoke City.

“I haven’t been totally convinced by Tosun’s performances since he arrived at Goodison Park and I rather suspect neither has Sam Allardyce,” Crooks told the BBC Sport website. “To suddenly single Tosun out for special praise is a sure indication of the manager’s relief that the striker [who wasn’t cheap] is now hitting the back of the net on a more regular basis.

“His two goals against Stoke, in appalling conditions, smacked of a natural striker’s instincts. Allardyce now suggests 40 points allows Everton the luxury of building for next season.

“I suggest those building blocks centre on Tosun scoring 20 goals otherwise both manager and striker could end up on Everton’s cutting-room floor.”

Crook’s phrase is a florid one, but it does not disguise the pressure that big-name signing Tosun is under to deliver, or the reliance Allardyce will have on the Turk scoring the goals to keep him in his job. It is not hyperbolic to suggest the centre-forward is more important than any other player in the Everton side. Others stop the opposition scoring, or win the ball, or launch attacks, but it is the guy who puts the ball in the back of the net who is most valuable. Tosun is starting to live up to his billing, and big-money fee, with a glut of recent goals as Everton recover from a wretched run of results that had put Allardyce’s position under threat. He must continue to deliver.

In other Everton news, the club want to sign a 6ft 5in ace who had Sane & Silva in his back pocket, £7.5million will seal the deal.