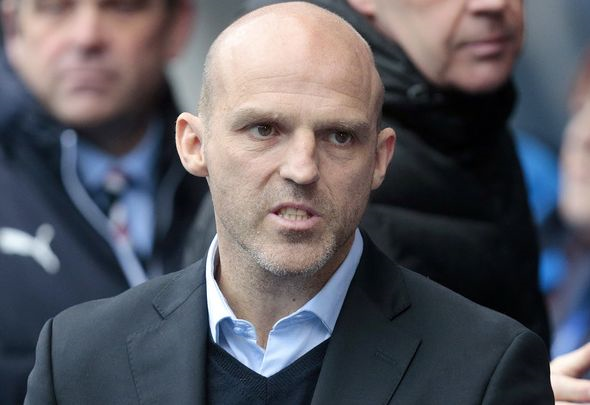 Former Rangers midfielder Alex Rae has claimed that Rangers will appoint Derek McInnes as their new manager next week.

Rae, speaking to BBC Scotland but reported in The Scottish Sun, has revealed that “sources” have told him that Aberdeen boss McInnes is the man Rangers want.

He said: “A couple of sources had texted me in the last few days to say that that was the case, and I’m thinking they weren’t overly involved with the club.

“And then within the last few days people have eluded that it may well be done next week.”

McInnes has long been regarded the favourite to become the next permanent man in charge in Ibrox, since the sacking of Pedro Caixinha in October.

Ironically, if McInnes does join Rangers next week, then his last game in charge of the Dons will have been against Rangers, with the sides due to meet at Pittodrie on Sunday.

Graeme Murty has been the interim boss of Rangers since the departure of Caixinha, and has had indifferent results, with the best by far coming in Wednesday’s 3-0 defeat of Aberdeen at Ibrox.

Two goals from James Tavernier and one from Carlos Pena gave a dominant Rangers side the win in a match many people tipped them to lose.

The win put Rangers just three points behind the Dons in the Scottish Premiership table, and the Gers can leapfrog them and go into second place with a weekend win at Pittodrie.

In other Rangers news, Dave King has Europe in mind for Rangers’ future