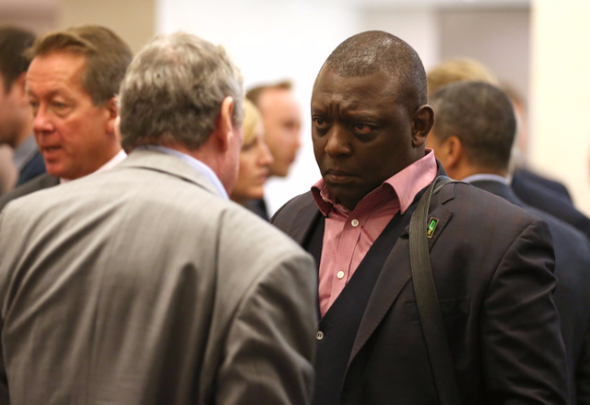 BBC Sport pundit Garth Crooks has admitted that Dele Alli left him choking on his words after scoring twice in Tottenham’s 3-1 win against Chelsea at Stamford Bridge on Easter Sunday.

Alli, 21, netted twice in a matter of minutes after the break, putting to bed any criticism of his quiet first-half performance.

The England international has come under fire for his performances this term and it seemed like it was going to be case of deja vu when he failed to contribute to anything in the opening 45 minutes.

However while Crooks believes that Alli has still be below par for his standards this season, he took off his had to the ex-MK Dons midfielder’s second-half performance.

“Tottenham boss Mauricio Pochettino went to some length in his media conference to extol the virtues of Dele Alli. I spent the first hour of the match against Chelsea bemoaning his lack of contribution to the game and then spent the rest of the game choking on my words,” Crooks said on the BBC Sport website.

“Make no mistake, Alli has struggled this season but his manager has shown great faith in this player and the talent has responded. With Alli coming back to form and Harry Kane back from injury, Spurs suddenly look a force again.”

Tottenham fans have found it hard to see why so many people are criticising Alli this season. His goal and assist stats look very good but what those stats fail to explain is that the midfielder has been caught diving on several occasions and is not really playing at the level everyone knows he can. The international is still young and will continue to develop over the next few years so people need to be more patient with him. Although he had a quiet opening hour, all it takes is one touch of magic from him to turn the game on it’s head, and that’s what he did when he latched on to Eric Dier’s pass to beat Willy Caballero.

In other Tottenham news, Lord Sugar was shocked by one Pochettino decision on Sunday.