Former Celtic midfielder Stiliyan Petrov has saluted Celtic following their performance against Bayern Munich and said they will do well in the Europa League.

The Hoops turned in a battling performance against the German Champions, creating a host of chances before Munich finally sneaked a 2-1 victory.

Talking to the Alan Brazil Breakfast Show on TalkSport, Petrov has suggested that Celtic shouldn’t be too downhearted following the defeat.

Celtic’s performance against the Bundesliga leaders was arguably their best performance in Europe this season, even better than the 3-0 win over Anderlecht.

Celtic are on the verge of qualifying for the Europa League, needing to better Anderlecht’s results in the last two Champions League Group games.

With Celtic facing a trip to Paris, and Anderlecht at home to Bayern, it seems likely that the battle for third place will go down to the final game between Celtic and the Belgium Champions at Celtic Park in December. Celtic are currently 3 points ahead of Anderlecht.

The Hoops return to Scottish Premiership action this weekend with a trip to Perth to play St Johnstone, in the last game before the international break.

In other Celtic news, Peter Lawwell has held contract talks with a Celtic defender 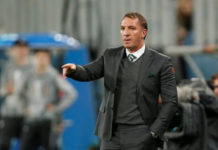 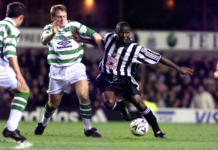 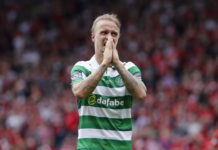